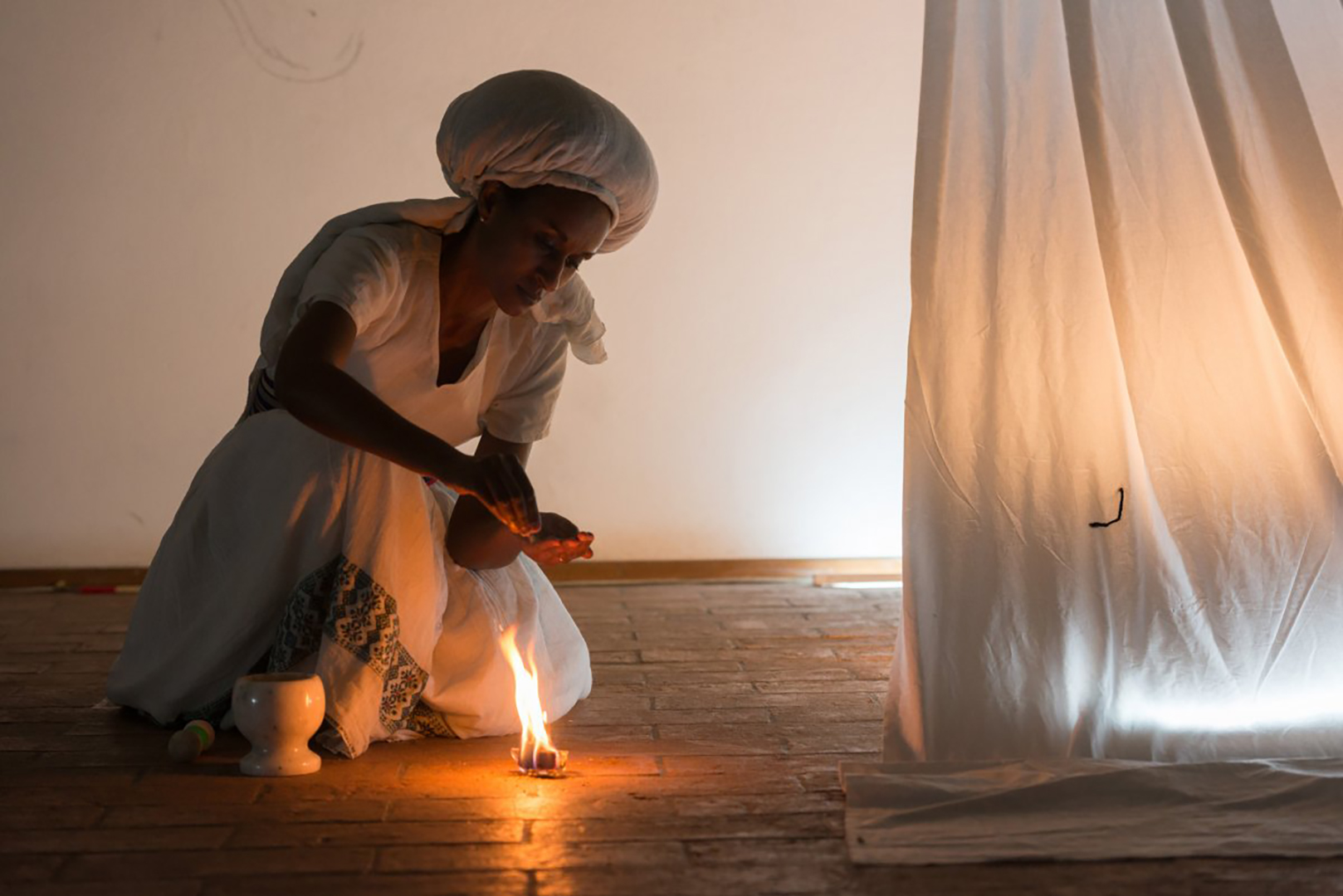 “The concept of trespassing is close to me because it relies on my roots-uprooted. I belong to a feeling of de-construction, of non-belonging that is the filter with which I look, live, and operate; the constant search for aesthetic cohesion is my daily, salvific exercise.”

Sharing a dialogue with Muna Mussie since the very beginning of our embarking in Milano, we’re thrilled and more than grateful to announce her residency at Archive, from January 29 to March 31. As an artist, she explores her own ways for (Re)membering and (Re)grounding with a performative and situated practice addressing memories, languages, and world making through the constant refounding of experience in reciprocity, and multiplicity of stories. Muna will work on a site specific and practice-based research, involving and enlightening our space in Milano as a space of participation, and as one force at stake, an active part of the engagement.

Muna Mussie (Eritrea, 1978, lives in Bologna) began as a performer with Teatrino Clandestino (1998–2001), and with Cesare Ronconi of Teatro Valdoca (2002–10). She was a founding member of the research collective Open (2001–5). Her work has been presented, amongst others, at Fondazione Sandretto Re Rebaudengo Turin, Museo Marino Marini Florence, Workspace Brussels, MAMbo Bologna, Santarcangelo Festival, Viafarini Milan, Museion Bolzano, Biennale Atlas of Transitions, Studio Arts College International in the frame of Black History Month Florence, and at the Italian Cultural Institute, a collateral site of Manifesta 2020 Marseille. 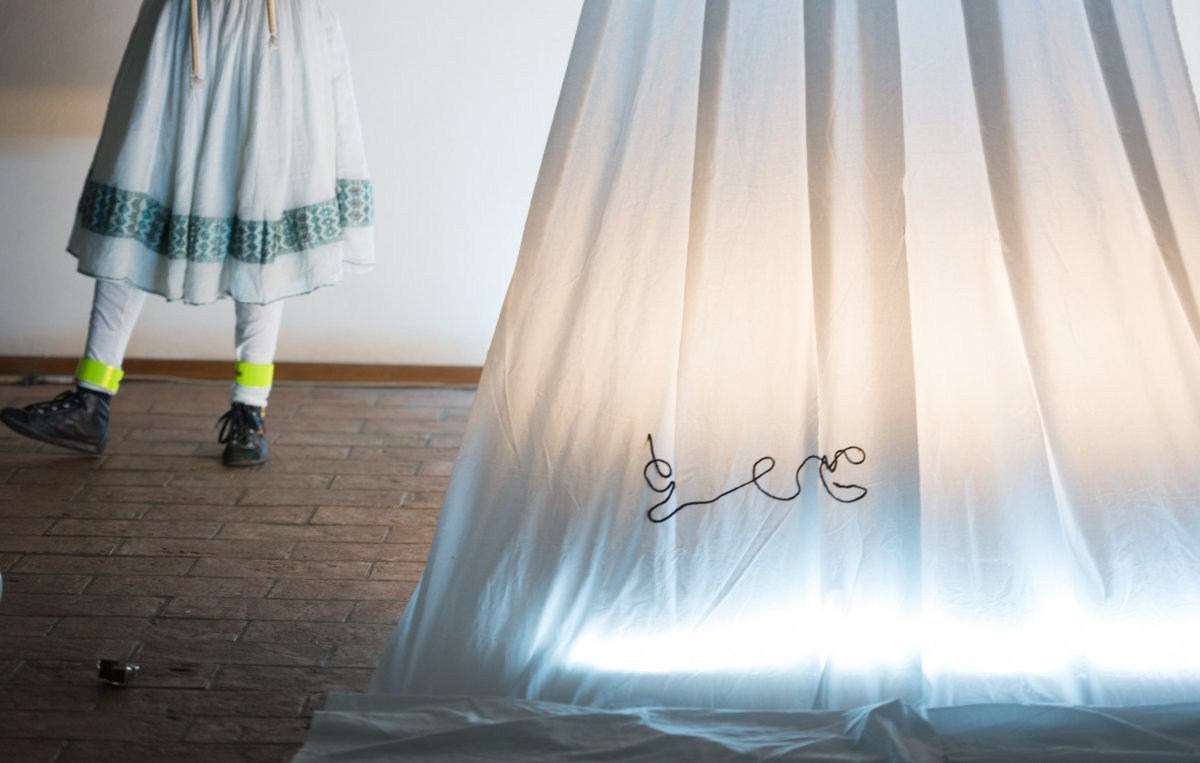 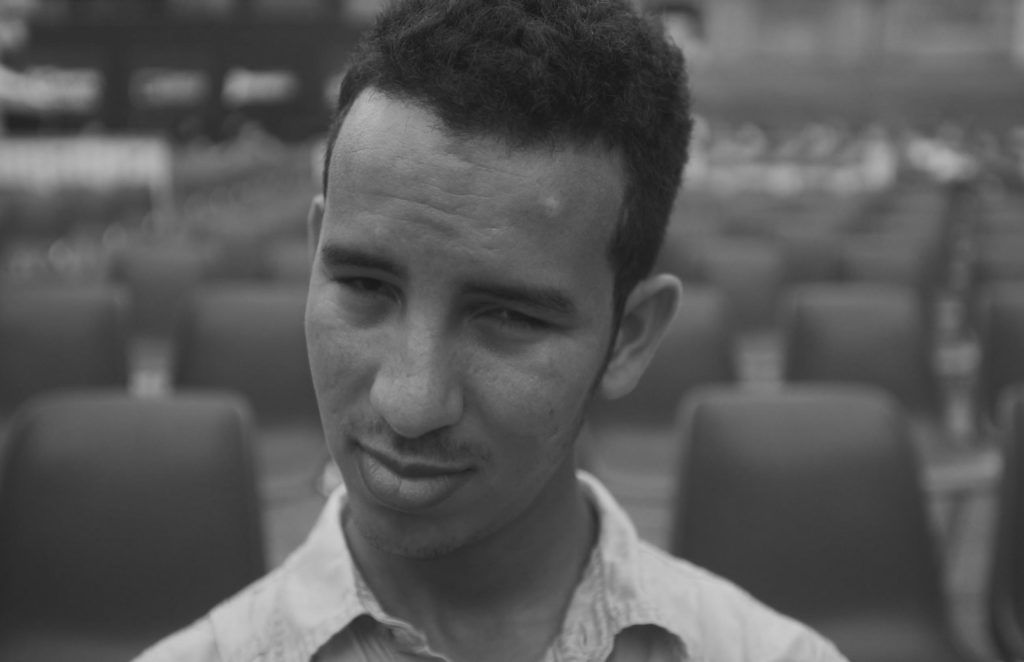 In the context of the artist, Muna Mussie’s residency at Archive Milan, Filmon Yimane will speak about the recent violence in Tigray, Ethiopia’s border region with Eritrea, through the lens of the intertwined history of the region over the last twenty years.

Filmon Yemane (Eritrea, 1995, lives in Bologna since 2008) is working on a thesis critically analysing the federal and constitutional system of Ethiopia for a master’s degree in International and Diplomatic Sciences at the University of Bologna since 2018. He has participated in several cultural activities and artistic projects, including the realization of a documentary film within the project Atlas of Transitions–New Geographies for a Cross-Cultural Europe, and is a contributor to LUMI a book by the Bologna-based artist collective ZimmerFrei (Mousse, 2020). Currently he is collaborating with the artist Muna Mussie to develop a performance work, Curva Cieca (trans. Blind Turn). 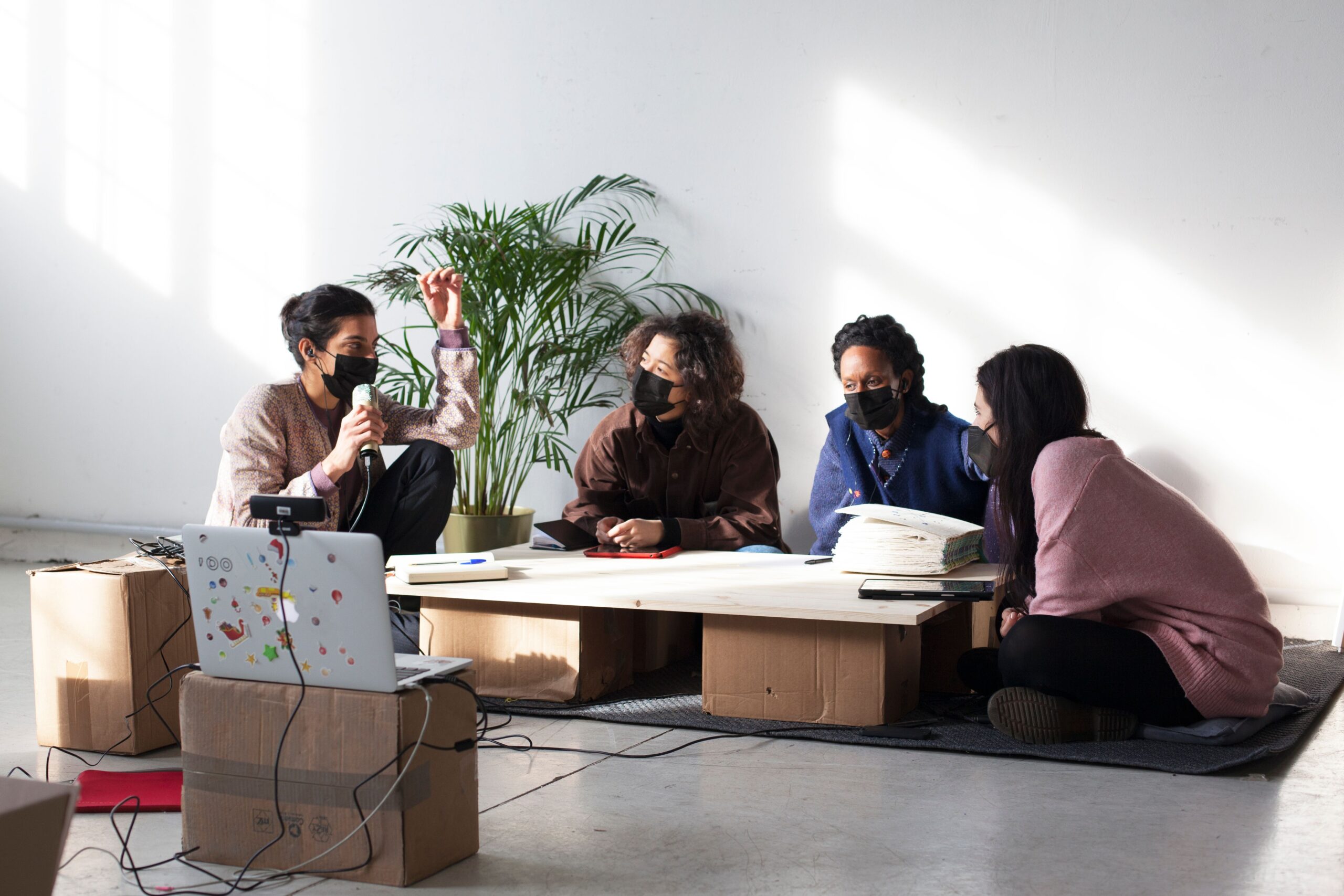 Conceived as a rehearsal for togetherness, consisting of meditations, performative readings, and collective listening, this hybrid gathering continued an ongoing series of dialogues on theoretical and spiritual (re)memberings and (re)groundings.In this context, (re)membering within and across archives is a praxis of activating memory (re)deployed to unsettle violent systems of oppression.
Following a public conversation between the artists Emma Wolukau-Wanambwa and Alessandra Ferrini and workshops by the artists Alessandra Ferrini and Belinda Kazeem-Kaminski, (Re)memberings and (Re)groundings pauses to unpack the recurring terms, theory, and debates underlying this year-long research project that began in December at Archive’s new space in Milan (extending radicles and first roots) that will carry through 2021.
The long-term research project “(Re)memberings and (Re)groundings” finds one such radicle in the library of the former Centro Documentazione Frantz Fanon, that was active in Milan throughout the 1960s and whose traces persist in a body of material housed by Panetteria Occupata, an occupied space since 1991. The Centro Documentazione’s main purpose was to create a network of support for anti-colonial movements and to actively research, translate, and publish documentation of their struggles. By (re)membering this archive, a manifold of narratives and strategies emerge as tools to use in the struggle against the coloniality of power. 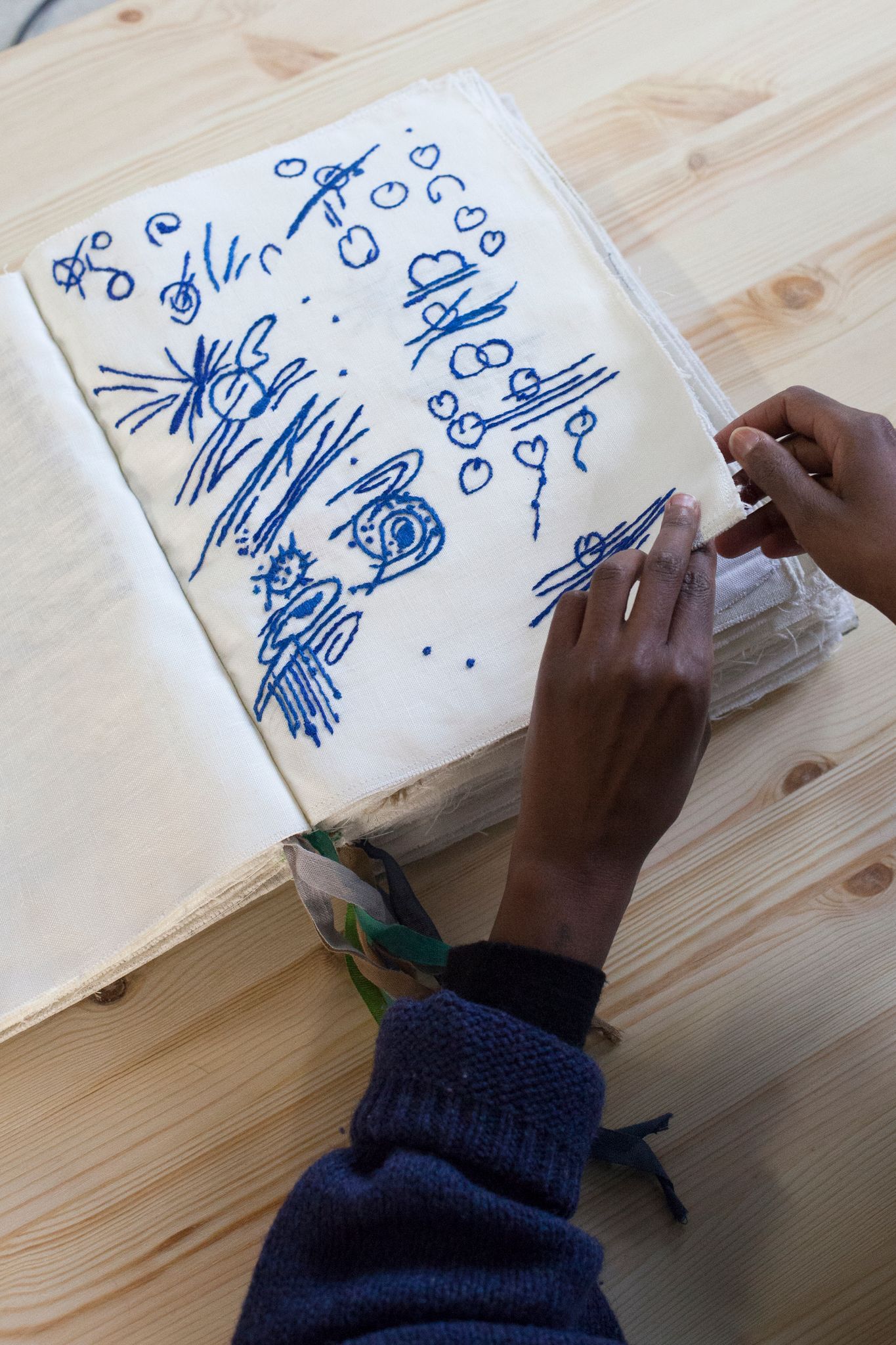 (Re)memberings and (Re)groundings was conceived by Archive in the framework of “Vulnerable Archives: On Silenced Archives and Dissenting Views,” a project by SAVVY Contemporary, Berlin in collaboration with R22 Tout-Monde (together with Atelier Medicis, Clichy/Montfermeil, Un Lieu pour respirer, Les Lilas, Rester. Etranger, Saint-Denis), After the Archive?, Istanbul, and Archive, Milan.
The project is funded by and in cooperation with Allianz Kulturstiftung and in cooperation with the Haus der Kulturen der Welt in Berlin in the framework of the Archive Project.

In June 2009 Muammar Gaddafi and Silvio Berlusconi met in Rome to celebrate the Italy-Libya Treaty on Friendship, Partnership and Cooperation and discuss the Bilateral Agreements on migration and fuel trade. As the event sparked several protests, it caused a media frenzy in Italy that brought to the fore the controversial relations between the two countries. Attempting to turn an archive of live news updates produced during the meeting into a script, this performative lecture strives to dissect the memory of this event and the way it was reported.

In Search of Archives inquires into contemporary notions and practices of the archive in postcolonial constellations. While the state of archives in former colonial settings is continuously marked by limited access, dispersed documents and repressed histories, contemporary art and research have been opening various ways of appropriating, (re)collecting and rendering visible the diverse traces and memories, creating new meanings of the past for the present and the future.

A three-day programme including working groups, film screenings, presentations and discussions revolving around the question of social justice born out of the postcolonial situation. The encounter is set up to facilitate collaborative explorations of the potential of the creative work to disrupt ingrained ideas and representations through affecting the senses and imagination.

Based on private and institutional archives, including the French Service cinématographique des armées, Discreet Violence: French Camps in Colonized Algeria features certain aspects of the massive forced resettlement of civilians during the Algerian Revolution (1954–1962), and disclosures the ways with which the French colonial regime attempted to divert the military purpose of the camps in the aftermath of a medial scandal of 1959.

Any cookies that may not be particularly necessary for the website to function and is used specifically to collect user personal data via analytics, ads, other embedded contents are termed as non-necessary cookies. It is mandatory to procure user consent prior to running these cookies on your website.