“Since colonization has produced fragmentation and dismemberment at both the material and psychic levels, the work of decolonization has to make room for the deep yearning for wholeness, often expressed as a yearning to belong that is both material and existential, both psychic and physical, and which, when satisfied, can subvert and ultimately displace the pain of dismemberment.”

Archives enable us to face the legacies of colonial pasts and constitute sites to dig up resilient histories and counter-memories that have been silenced and whose traumatic essence need to be faced in order to trigger new forms of imagination. Thinking with Derrida’s articulation of the “archive as an irreducible experience of the future,” (Re)memberings and (Re)groundings investigates means to disrupt linear historical narratives by intervening within the gaps of colonial archives and by (re)membering dispersed and exiled fragments disseminated in resilient archives. Devising various forms of engagement, it particularly deals with the Italian context’s attitudes towards its colonial past, spanning from forgetfulness and denial to self-serving narratives and politics.

(Re)memberings and (Re)groundings finds its roots in the library of the former Centro Documentazione Frantz Fanon, that was active in Milan throughout the 1960s and whose traces persist in a body of material housed by Panetteria Occupata, an occupied space since 1991. The Centro Documentazione’s main purpose was to create a network of support for anti-colonial movements and to actively research, translate, and publish documentation of their struggles. By (re)membering this archive, a manifold of narratives and strategies emerge as tools to use in the struggle against the coloniality of power.

(Re)memberings and (Re)groundings is a long-term research project conceived by Archive with artist and researcher Alessandra Ferrini whose practice investigates the legacy of colonial history in Italy, breaking new ground in archival work. It is conceived in the framework of Vulnerable Archives: On Silenced Archives and  Dissenting Views, a project by SAVVY Contemporary (Berlin), in collaboration with R22 Tout-Monde (together with Atelier Medicis [Clichy/Montfermeil], Un Lieu pour respirer [Les Lilas], Rester. Etranger [Saint-Denis]), After the Archive? (Istanbul), and Archive (Milan). The project is funded by and in cooperation with Allianz Kulturstiftung and in cooperation with the Haus der Kulturen der Welt in Berlin (House of World Cultures) in the framework of the Archive Project. 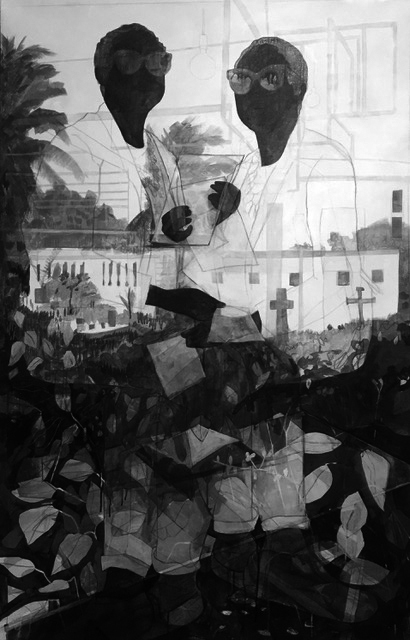 Emma Wolukau-Wanambwa is a researcher, artist and educator. Recent exhibitions include: El sauce ve la imagen de la garza de cabeza (TEA Tenerife, ES), Many voices, all of them loved (John Hansard Gallery, Southampton, GB), Actually, the Dead Are Not Dead: Bergen Assembly 2019 (Bergen, NO); 62nd BFI London Film Festival (GB); Women on Aeroplanes (The Showroom Gallery, GB & Museum of Modern Art, Warsaw PL); We Don’t Need Another Hero (10th Berlin Biennale of Contemporary Art, DE); A Thousand Roaring Beasts: Display Devices for a Critical Modernity (Centro Andaluz de Arte Contemporaneo-CAAC, Seville, ES); and Kabbo Ka Muwala (National Gallery of Zimbabwe, ZW, Makerere University Art Gallery, UG & Kunsthalle Bremen, DE). Her essay, ‘Margaret Trowell’s School of Art or How to Keep the Children’s Work Really African’ was published in the Palgrave Handbook on Race and the Arts in Education in 2018. Emma is currently a doctoral candidate in artistic research at the University of Bergen (NO) and Convenor of the Africa Cluster of the Another Roadmap School. Her video works are distributed by LUX.

is a visual artist, researcher and educator based in London. Recent projects and exhibitions include: Rue d’Alger at Manifesta 13 Les Parallels du Sud (2020), Everything Passes Except the Past (Goethe Institut and Fondazione Sandretto Re Rebaudengo, 2020), Art Works! Cultures of Resistance and Liberation at Museion (Bozen) and Museum of Contemporary Art Zagreb (2020), the 2nd Lagos Biennal (2019), Sharjah Film Platform (2019), Villa Romana (Florence, 2019, solo show), Istanbul Biennial’s collateral at Depo (2019), Manifesta 12 Film Programme (Palermo 2018), the 6th Taiwan International Video Art Exhibition (2018). She is the recipient of the 2017 Experimenta Pitch Award at the London Film Festival (BFI/Flamin) and of the 2018 Mead Residency at the British School at Rome. She is a PhD candidate at the University of the Arts London and is affiliated with InteRGRace, the Interdisciplinary Research Network on Race and Racism at the University of Padua. Her writing has been published in the Journal of Visual Culture, From the European South journal and Flash Art Italia.

On Fragments and
Historical Erasure

As part of the long-term research project
(Re)memberings and (Re)groundings. On Dispersed Archives and Resilient Pasts

Archive is thrilled to begin its activities in Milan with a talk on archival research, anti-colonial militancy, and processes of historical erasure by artist and researcher Emma Wolukau-Wanambwa.

In her talk, Wolukau-Wanambwa unraveled the lines of inquiry driving her project Carrying Yours and Standing Between You, that presents her research into the life of the revolutionary Pan-Africanist Amy Ashwood Garvey (1897–1969), whose accomplishments have been largely forgotten today.

Born in Port Antonio, Jamaica, Ashwood Garvey lived in Panama, the US and UK. She co-founded the Universal Negro Improvement Association (UNIA) in 1914 in Jamaica, with her husband Marcus Garvey, whom she divorced in 1919. In the 1930s, whilst living in London, she helped establish the International Association Friends of Abyssinia (coordinating political protests and support for Ethiopia during the Italian aggression) and the Afro-Women’s Centre in Notting Hill. In 1945, she helped organise the Fifth Pan-African Congress in Manchester, where she spoke about Black working women and their need for fair wages.

Carrying Yours and Standing Between You reflects upon the varied mechanisms that have resulted in Garvey’s marginalisation within official historiography, while providing some understanding of the painstaking process of salvaging this important material from oblivion. After her presentation, Wolukau-Wanambwa will be in conversation with artist and researcher Alessandra Ferrini, whose work A Bomb to be Reloaded focuses on a dismembered and forgotten library of the anti-colonial research centre Centro Documentazione Frantz Fanon that was active in Milan between 1963 and 1967. The artists will consider the challenges and potentials inherent in exposing and counteracting processes of historical erasure, while remaining faithful to the fragment.