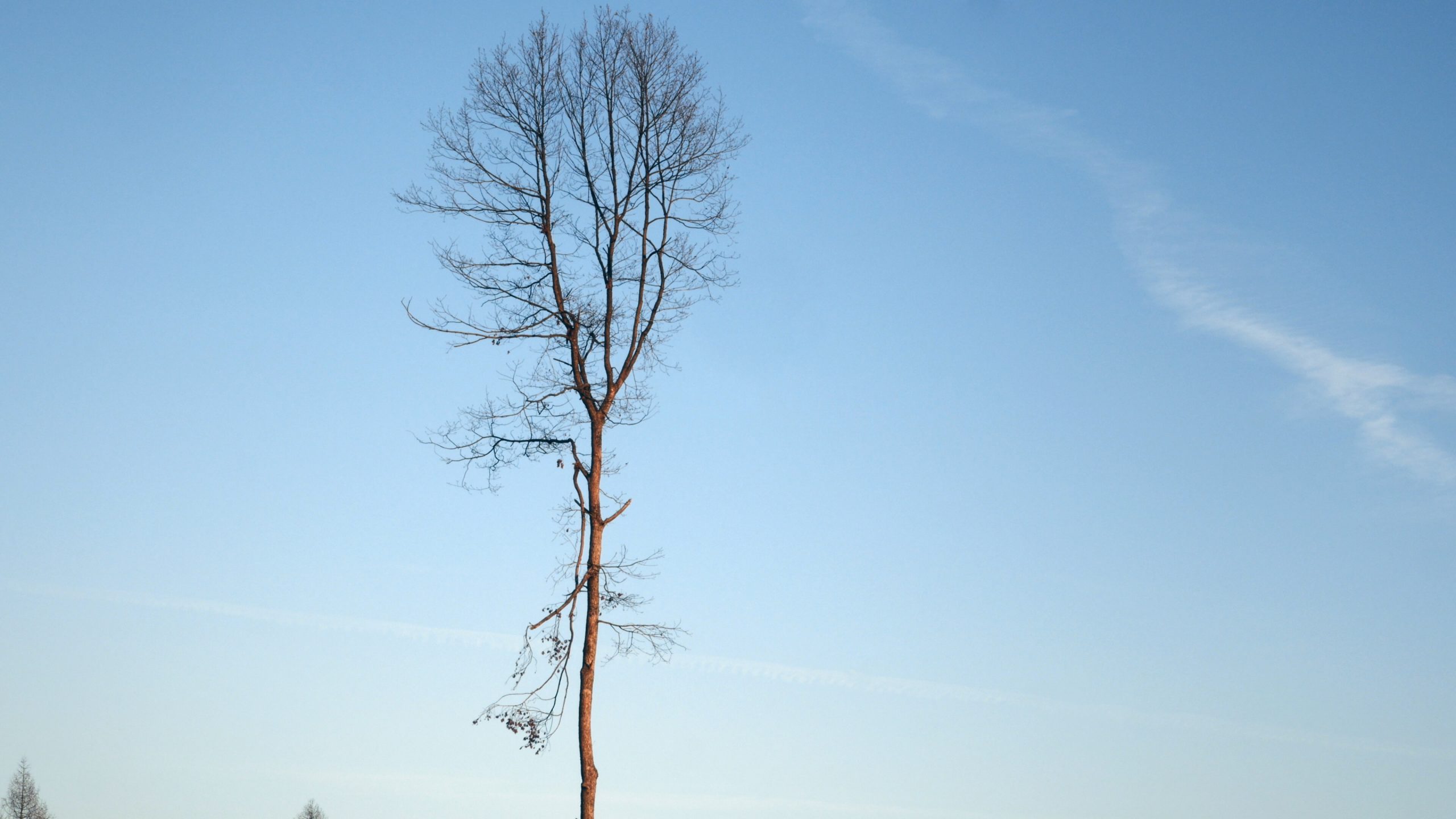 Saturday, December 18, 15:00 - 17.00
Screening:
Wild Relatives, Jumana Manna
64min, Film, HD video, 2018
Deep in the earth beneath the Arctic permafrost, seeds from all over the world are stored in the Svalbard Global Seed Vault to provide a backup should disaster strike. Wild Relatives starts from an event that has sparked media interest worldwide: in 2012 an international agricultural research center was forced to relocate from Aleppo to Lebanon due to the Syrian Revolution turned war and began a laborious process of planting their seed collection from the Svalbard backups. Following the path of this transaction of seeds between the Arctic and Lebanon, a series of encounters unfold a matrix of human and non-human lives between these two distant spots of the earth. It captures the articulation between this large-scale international initiative and its local implementation in the Bekaa Valley of Lebanon, carried out primarily by young migrant women. The meditative pace patiently teases out tensions between state and individual, industrial and organic approaches to seed saving, climate change and biodiversity, witnessed through the journey of these seeds.
Saturday, December 18, 16:30

Based on August Sander’s series of Westerwald farmers, Berlin artist Sandra Schäfer tackles the transformation of the rural region, in which she grew up in, in her video installation Westerwald – Eine Heimsuchung (Westerwald – A Visitation). Schäfer juxtaposes August Sander’s perspective with her own contemporary view. For it is also about how a region, its landscape and agricultural use have changed over the course of time.

In her artistic work, Schäfer is interested in the various contemporary forms of witnessing and their entanglements: How do the relatives/portrait subjects speak about the (artistic/documentary) pictures by August Sander? What does it mean to hear the dialect that also marks a class difference? What knowledges exist about the photographer and his approach? How does this differ from that of photo curators in the museum context? And what does it mean for the artist, who was born and raised in this region, to return to create an artistic work?

The confrontation with the concrete landscape raises the question of what the depiction from different perspectives and the reaction it evokes means and causes. Consequentially, it is also about how landscape, with all its political implications, sediments as a “visitation”.

Followed by a conversation between curator Thomas Thiel and Sandra Schäfer

Sunday, December 19, 11:00
“The new rurbanism. Landscape narratives between new coorperative collaborations and climate change.”
Talk by Kerstin Faber about the changes and relations between the rural and the urban and how it shows in the landscape. Followed by a conversation with Kerstin Farber moderated by Åsa Sonjasdotter.
Covid Regulations

The event is 2G plus. It is encouraged to bring your own test and there will be tests available on site. Please wear an FPP2 mask.

Contested Landscapes is dedicated to the often-neglected rural space, its landscapes and its producers. Rural production operates in the complex fabric of human and non-human life, between state regulations and regional as well as global market structures. Every day’s agricultural life is shaped by questions of industrialization, biodiversity, climate change and sustainability. For this purpose, Contested Landscapes seeks an exchange between artists, rural producers, urbanists, and city dwellers, since it is hard to imagine the city without rural production.

Point of departure is the video work Westerwald: Eine Heimsuchung (Westerwald: A Visitation) by the Berlin based artist Sandra Schäfer. Based on photographer August Sander’s series about Westerwald farmers, she investigates the transformation of the rural region in which she grew up herself. In her lecture, freelance planner and urbanist Kerstin Faber will analyze the transformations of rural areas and their landscapes in recent decades and present contemporary rural initiatives and practices. Jumana Manna’s film Wild Relatives extends the geographical context to the Middle East. The international agricultural research center had to be transferred to neighboring Lebanon due to the war in Syria. Seeds frozen as backup in Norway’s Svalbard Global Seed Vault are now being grown in Lebanon’s Bekaa Valley by migrant women workers. In its slow narrative pace, the film teases out tensions between state and individual, industrial and organic approaches to seed saving, climate change and biodiversity, witnessed through the journey of these seeds.

From December 20 to December 27 the films can also be viewed online in Archive’s screening room They will be complemented by Etwas tut weh (Something Hurts) by Recha Jungmann (1980) and Who is afraid of Ideology? (Part 4/2021) by Marwa Arsanios. In Something Hurts, Jungmann returns to her parents’ dilapidated home in a village in the Rhön Mountains. In a semi-fictional narrative style, the film depicts approaches to the place and the past from three different perspectives. Marwa Arsanios directs with Who is afraid of Ideology? (Part 4) the gaze on the resilient practice of the “Seed Guardians” in Colombia, who resist the multinational corporations and the systems complicit with them. Her film refers to the agency of non-human life.

The artist Sandra Schäfer works with film and video installations. Therein she deals with processes of unfolding and rereading of documents, images, spatial narratives, and performative gestures. Often her works are based on longer researches, in which she is concerned with the margins, gaps and discontinuities of our perception of history, political struggles, urban and geopolitical spaces. Her works were exhibited at 66th and 67th Berlinale (Forum Expanded), Berlin; Schirn Kunsthalle Frankfurt; mumok, Vienna; Museum Ludwig, Cologne; Depo, Istanbul; La Virreina, Barcelona. Schäfer also is professor at the Academy of Fine Arts Munich and an associated member of the feminist film distributor Cinenova in London. In 2020, her book Moments of Rupture: Space, Militancy & Film was published by Spector Books in Leipzig.

Thomas Thiel is the director of the MGK Siegen, Museum für Gegenwartskunst Siegen. He was the director of Bielefelder Kunstverein (2009-2019), curator and head of the exhibition department at ZKM|Center for Art and Media Karlsruhe (2004-2008), worked for art projects such as In Between, the art project of EXPO 2000 in Hanover and Manifesta 4, European Biennial for Contemporary Art in Frankfurt/Main. Thiel writes regularly on contemporary art and is editor of numerous publications. He is currently organizing the exhibition “After August Sander. People of the 21st century”.

Jumana Manna is a visual artist working primarily with film and sculpture. Her work explores how power is articulated through relationships, often focusing on the body, land, and materiality in relation to colonial inheritances and histories of place. Jumana was raised in Jerusalem and lives in Berlin.

Åsa Sonjasdotter is an artist, researcher, writer and organiser, living on the island of Ven in Sweden and in the city of Berlin, Germany. In her practice, Sonjasdotter engages in processes of rememberance and renarration of livelihood relations. By the cultivation of outlawed crops and close reading of archived matter (dead and alive), lost imagination and knowledge of the past and the present is brought into re-existence. Sonjasdotter is a Doctoral Researcher in Artistic Practice at Valand Academy, The University of Gothenburg, Sweden.

Kerstin Faber, M. Arch., Planner, author and urbanist, has been a project leader of the International Building Exhibition (IBA) Thuringia STADTLAND since 2014. She specializes in topics of Rurbanism, space design projects with new governance structures and innovative project development in rural regions. From 2003 to 2010 she was a project developer for the IBA Urban Redevelopment 2010 about shrinking cities in East Germany, from 2011 to 2014 she taught as a lecturer at the Karlsruhe Institute of Technology (KIT) in the Department of International Urban Design. Kerstin Faber is co-editor of the publication “Spatial pioneers in rural regions” in association with Philipp Oswalt (Spector Books, Leipzig 2013) and guest editor of the Arch + magazine “Stadtland. The New Rurbanism” (Edition 228, Berlin 2017).