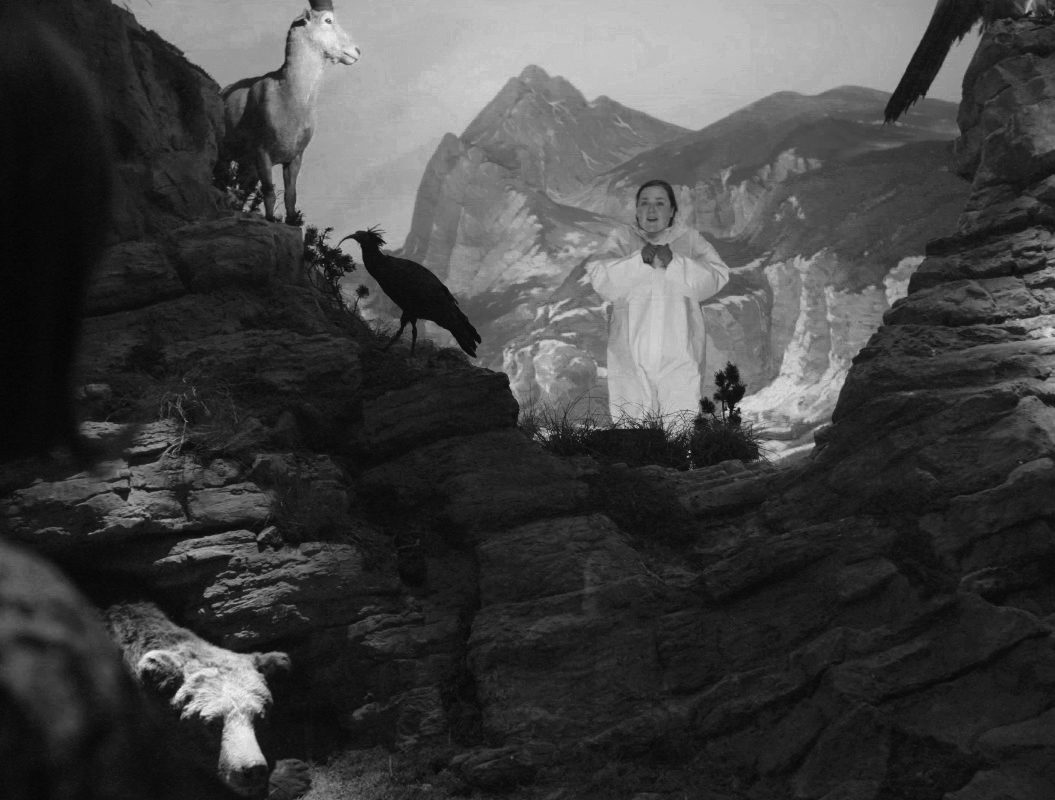 Please join us for the launch of “The Storyseller”, a book by Assaf Gruber edited by Paolo Caffoni.

The publication is composed of eight chapters, each focusing on a discussion that turned out to be a significant factor in the films’ production. The transcription of each conversation is placed next to film stills with subtitles superimposed. This conceptual design allows Gruber to present the films as the third party in each chapter, as if they too are commenting, questioning, and completing the dialogues.

The launch will start with a reading by the artist, Tina Pfurr and Caroline Clifford, the main actresses of his film The Conspicuous Parts. The reading will be accompanied with extracts from Gruber’s films, exploring together with the audience possible readings, interpolations of the book’s conceptual orientation.

The reading will be followed by a conversation between the artist and the editor Paolo Caffoni.

A convivial dinner by Archive Kitchen will serve as a space for further dialogue.

ASSAF GRUBER is a sculptor and filmmaker who lives and works in Berlin. His time-based works and installations focus on how political ideologies intertwine with personal and individual stories, how such forms of contact constitute to the social relations in private and public spheres. Gruber had solo exhibitions at the Natural History Museum of Berlin, The Berlinische Galerie and the Center for Contemporary Art Ujazdowski Castle, Warsaw among other institutions. His films have been featured in festivals, including the Berlinale Film Festival, FIDMarseille and the International Short Film Festival Oberhausen.