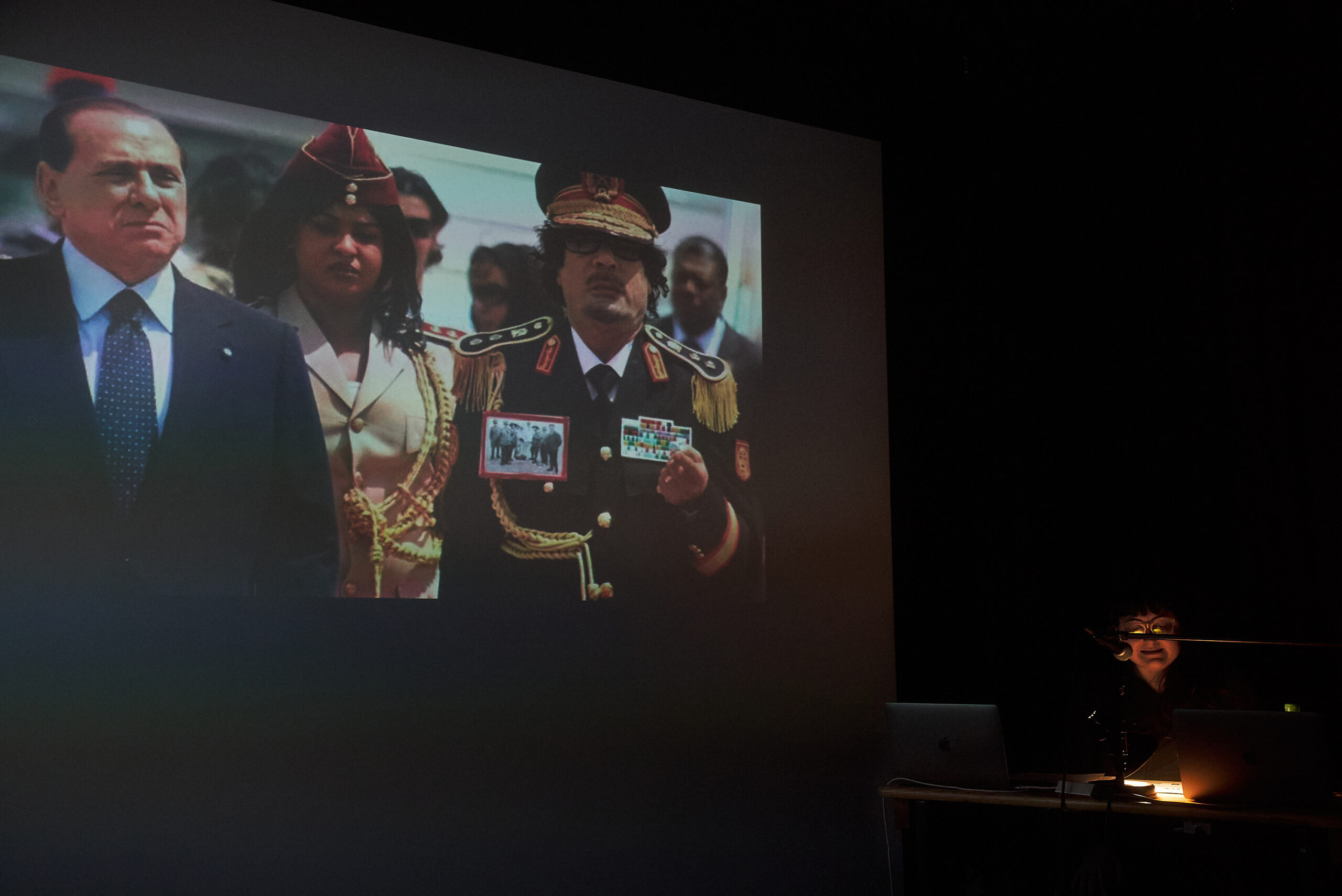 Gaddafi in Rome:
The Expanded Script
A lecture performance
by Alessandra Ferrini

In June 2009 Muammar Gaddafi and Silvio Berlusconi met in Rome to celebrate the Italy-Libya Treaty on Friendship, Partnership and Cooperation and discuss the Bilateral Agreements on migration and fuel trade. As the event sparked several protests, it caused a media frenzy in Italy that brought to the fore the controversial relations between the two countries. Attempting to turn an archive of live news updates produced during the meeting into a script, this performative lecture strives to dissect the memory of this event and the way it was reported. Through the layering and interplay of text, archival imagery, media footage, and amateur documentation of the meeting available on YouTube, this ‘expanded script’ investigates how the news is produced and consumed today, while exposing the (neo)colonial relations between Italy and Libya and the way international politics are performed.

Followed by a dinner by Archive kitchen