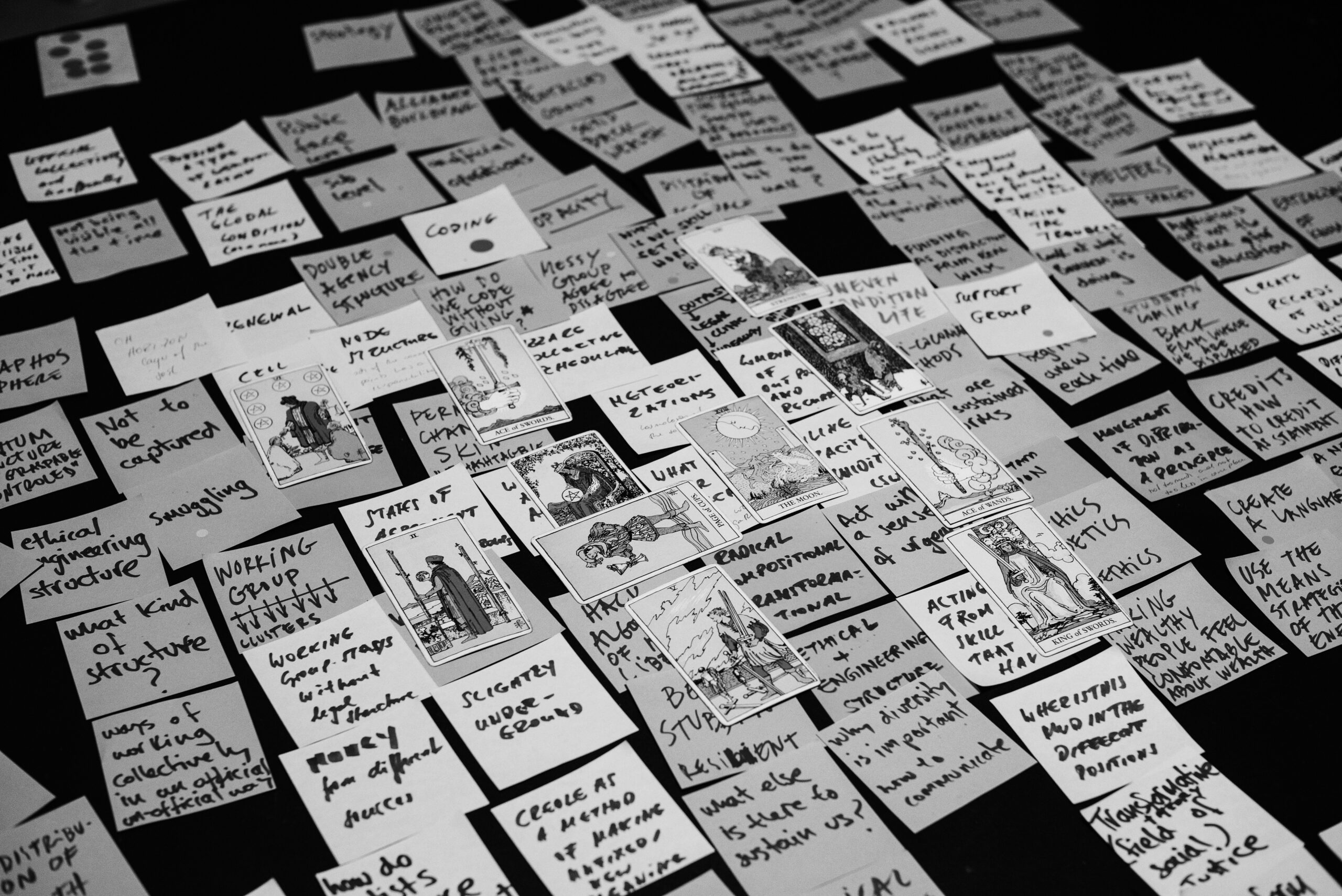 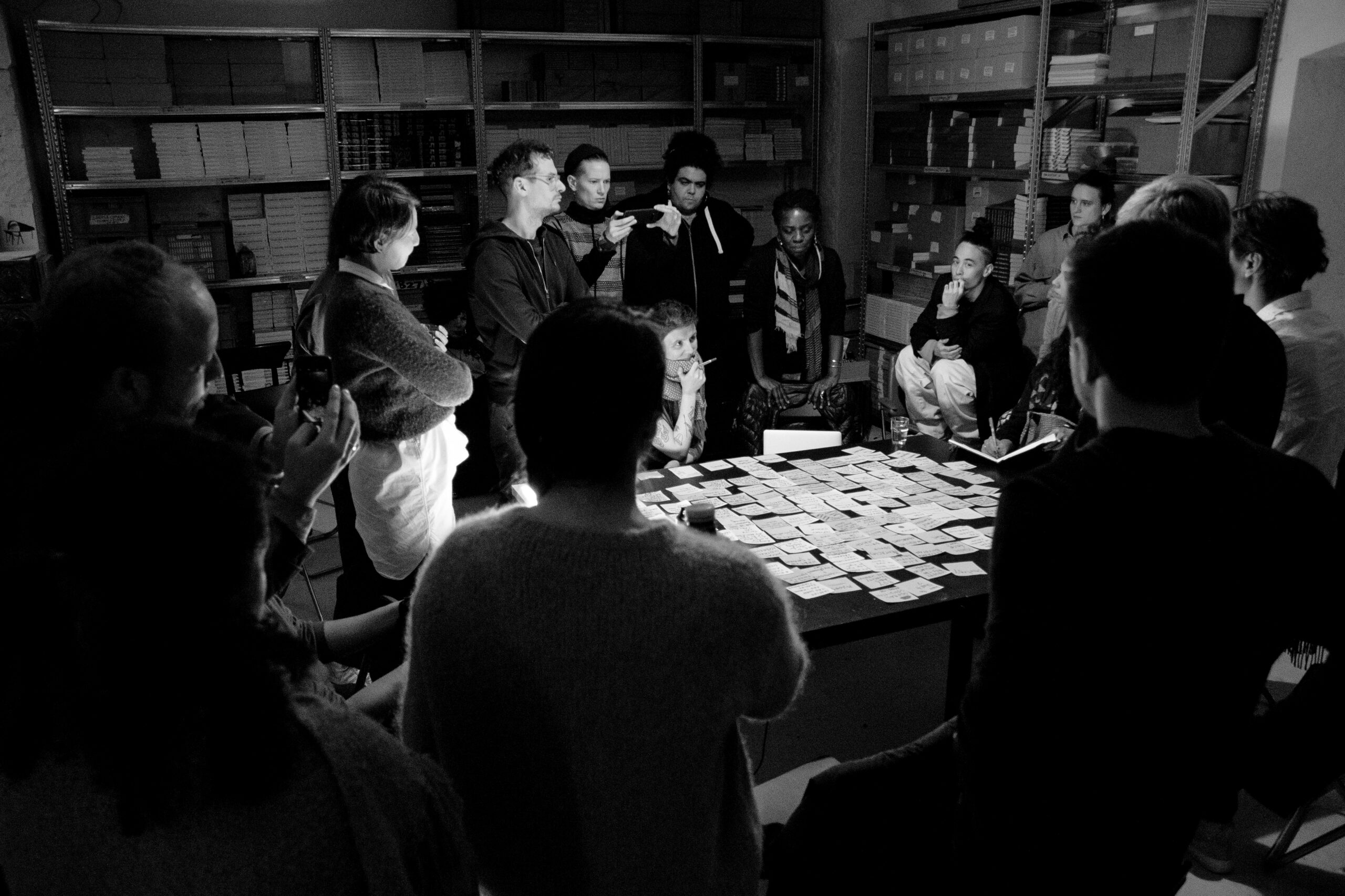 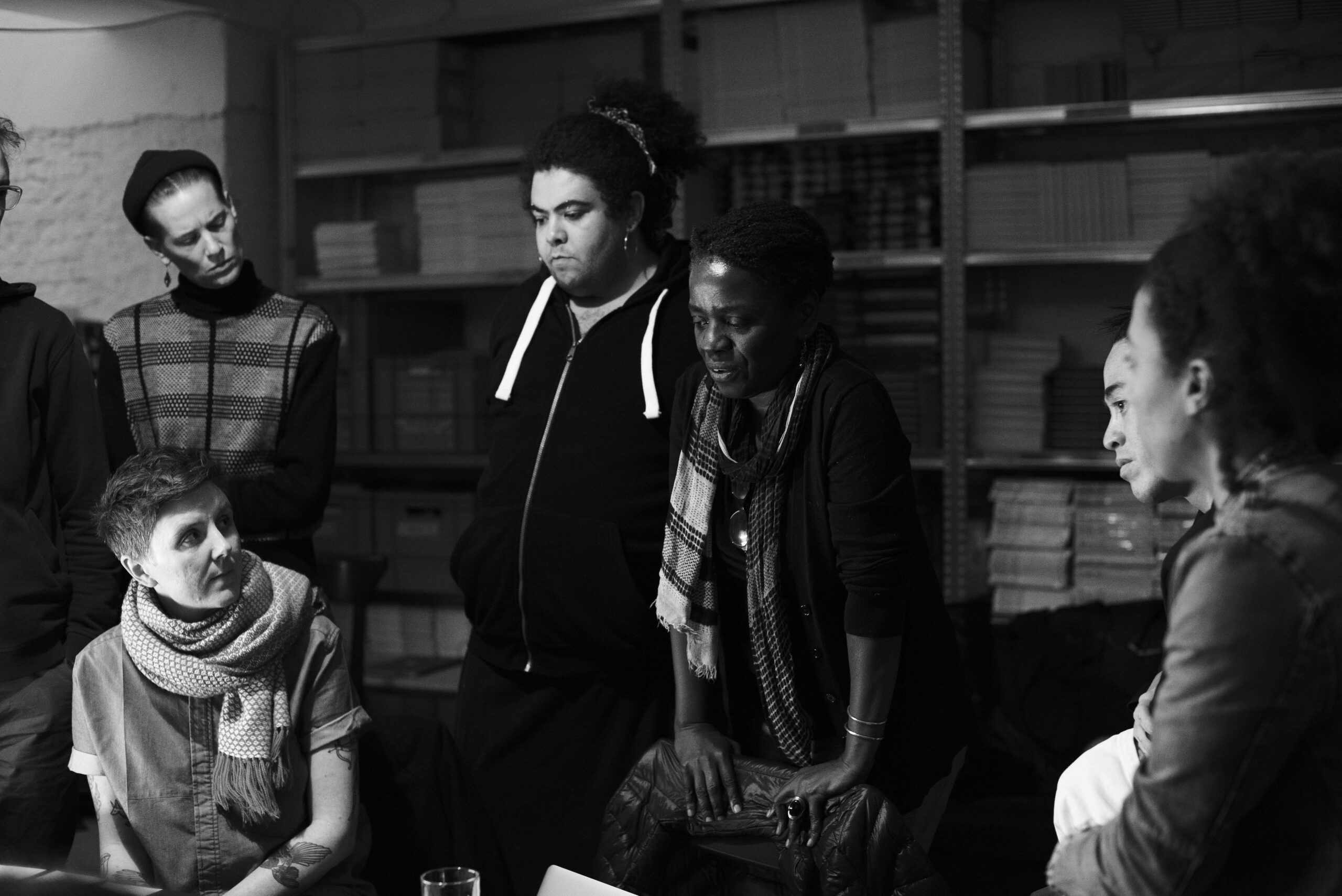 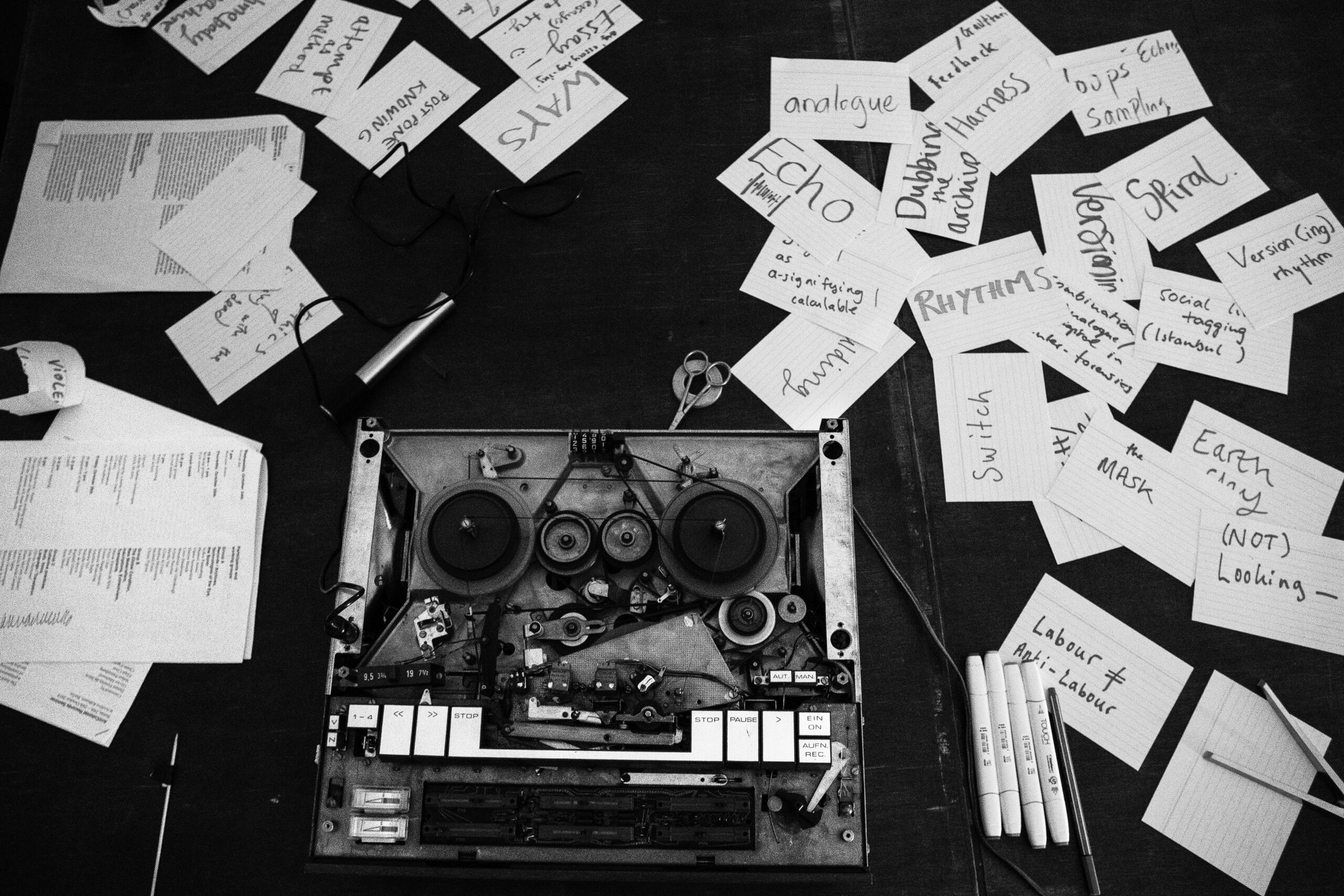 “What becomes possible after the poet hijacks the terms of justice and opens up their potential for re-signification?” — Denise Ferreira da Silva

AntiColonial Records will include a three-day programme including working groups, film screenings, presentations and discussions revolving around the question of social justice born out of the postcolonial situation. The encounter is set up to facilitate collaborative explorations of the potential of the creative work to disrupt ingrained ideas and representations through affecting the senses and imagination. It forms a continuation of discussions started during the “Black Lens” seminar held at Khiasma and La Colonie last March in Paris.

AntiColonial Records takes place in the context of the five-year research program, AntiColonial Methods, designed by the Critical + Creative Social Justice Studies Excellence Research Cluster (Critical Racial and Anti-Colonial Studies Thematic Network, Social Justice Institute, UBC). This broader project gears to gather artists, activists, curators and academics whose practices raise the question/ing of existing formulations of universal justice by attending to the reverberations of colonial and racial violence – such as the current refugee crisis and the postcolonial conflicts behind them – in Europe and the postcolonies in Africa, the Middle East, the Americas, Asia, and the Pacific. The encounter provides the space for interrogations of the onto/epistemological grounds of the colonial (violent-juridical) and racial (formal-symbolic) appropriation of land and body. The objective of the program is to contribute to the assemblage of research-based critical and compositional tools apt to delineate a transformative theory of justice.

The program was open to the public on two occasions:

Odyssey, a film by Sabine Groenewegen (2018, 64 min) Two undefined intelligences are intercepting earthly footage of humans living in an area known as the Low Lands. The researchers exchange their findings through a visual feed, in an attempt to understand the occurrence of extraordinary apparitions. Through a combination of found footage, sci-fi and poetry, Odyssey interrogates the visual and trans-generational elements of coloniality and its rhetoric. Defying genres, the film evokes questions about the stories we are told and our possibilities to disrupt them. Followed by a poetic lecture by Jörgen « Unom » Gario (15 min) and a conversation with the audience.

The partecipants of each of the three working groups part of the seminar will share first attempts at mapping anticolonial methods:
Group A: Records / Archives, Technologies of the Eye, the Sonic
Group B: The Global Condition, Raw Materialism, Inscriptions, Extractivism, Transplants
Group C: Collective practices, Body, Voice, Language / Translation

With the support of the PERSPEKTIVE fund for contemporary art and architecture (an initiative of the Institut français’s Bureau des arts plastiques, supported by the French Ministry of Culture and the Goethe Institut).