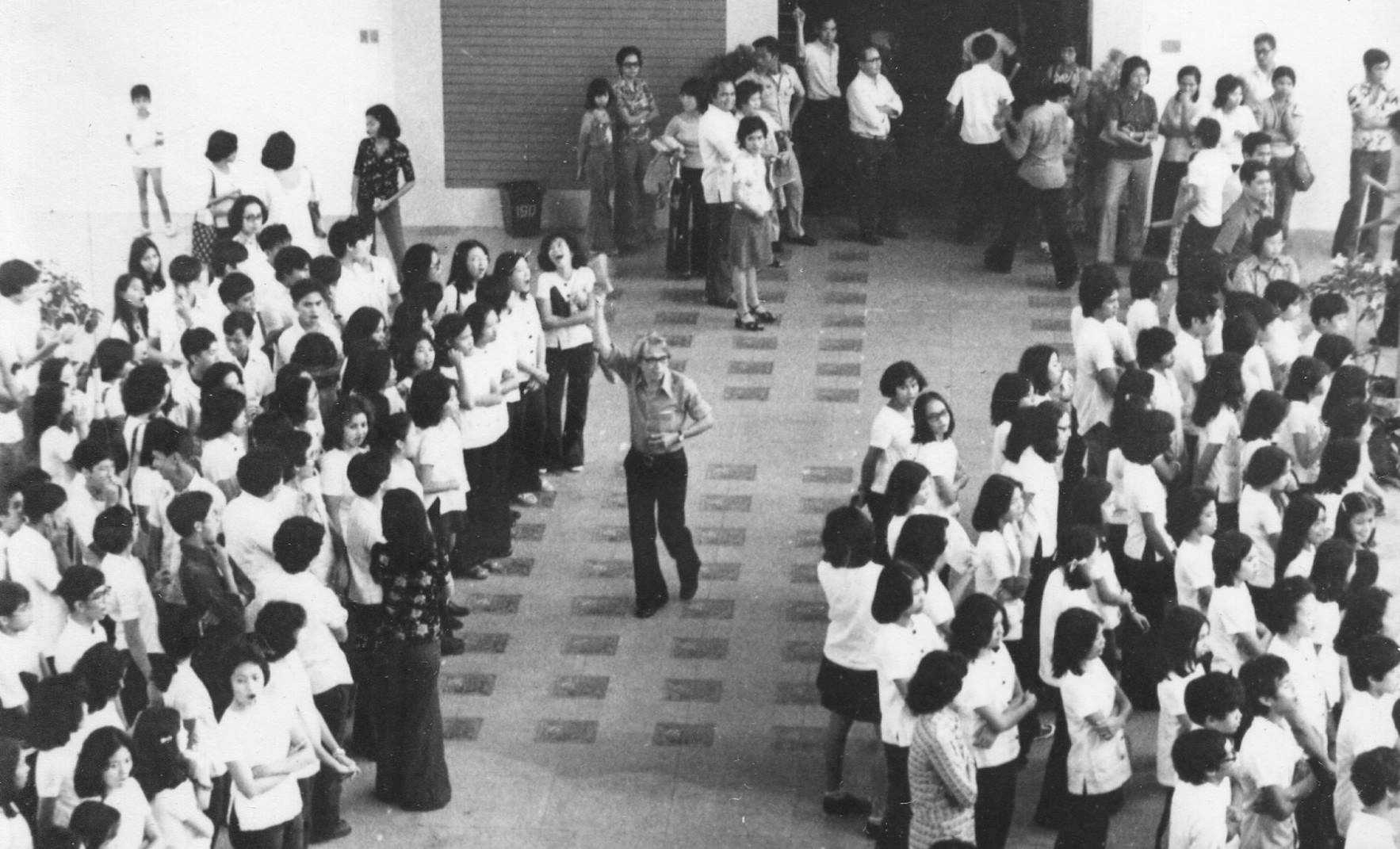 WHAT HAS ALL THIS GOT TO DO WITH COCONUTS AND RICE?
Maceda101: A Listening Exhibition on José Maceda

For UNTRAINING THE EAR LISTENING SESSION N°4, SAVVY Contemporary, Deutschlandfunk Kultur and CTM festival present a special archival exhibition and workshop and a performance-basedlistening session on the works of the experimental musician and maverick composer José Maceda (1917–2004).

Considered as “one of the most significant creative musicologists of our times” and a composer who “wondered how that (Western) music connected to their (South and East Asian) lives”, José Montserrat Maceda is one of the most fundamental contemporary music composers of our modern times. Known for his interdisciplinarity, Maceda has composed grande musical works for Filipino instruments and he worked years in the field of ethnomusicology. He has extensively researched in Paris around the early understanding and formulation of Musique Concrete, working with Pierre Boulez and Iannis Xenakis. Maceda experimented with recording and playback technology which has led him to composing works for 20 radio stations, producing 100 cassette tapes with the use of indigenous instruments, reformulating the understanding of traditional contemporary music in the Philippines and the world. It would be insufficient to limit Maceda to the above mentioned, as the composer’s long years of work and experimentation stretch over a span of at least sixty years.

This exhibition is the first archival listening session in the UNTRAINING THE EAR program. For this occasion, we have invited the curator Dayang Yraola who has been one of the key figures behind the preservation and revival of Jose Maceda’s legacy starting with “Maceda100” (2017) which included a program of exhibitions, performances, symposia and field work. Yraola has made an extensive effort and spent many years researching, understanding, contextualizing and re-mapping Maceda’s legacy back into the contemporary.

The phrase ‘Attitude of the Mind’ served as guiding philosophy when organising the Maceda centennial program in 2017, directing Yraola in thinking through how and what it means to exhibit Maceda. Taking the other half of the marching order – WHAT HAS ALL THIS GOT TO DO WITH COCONUTS AND RICE? Maceda101: A Listening Exhibition on Jose Maceda – asks in simple terms what is it that we are going to do? What we are doing now is an exhibition that would allow us to reflect on different attitudes of mind that have engaged with Maceda’s knowledge and particularly on exhibiting Maceda. This simple, yet extremely sophisticated, proposition becomes a cue for our exhibition project in which we – the space, the listeners, the performers, the exhibitors – inquire one another to hear beyond the deeply embedded constructs found in our acoustemology, in the attempt to cut loose of our conditioned ears, and to listen more attentively, more inclusively.

This exhibition walks us through an archival display of Maceda’s work throughout the years in four modules in form of listening terminals and archival displays. Each module focusing on a specific philosophy of Maceda’s work. First two modules contain works that are coming from past Maceda exhibitions that Yraola has curated, namely “Listen to my Music” (2013), the first exhibition ever curated on Maceda and “Attitude of the Mind” (2017), the first extensive exhibition about Maceda that was curated outside the University of the Philippines. The third module focuses around documentary materials from his visits to Germany in the years 1964 (Berlin), 1980 (Bonn) and 1984 (Bonn). Finally, the fourth module focuses on one of Maceda’s masterpieces: Udlot-Udlot, which was originally composed for 100 performers and performed in Berlin eleven years ago, and which we reenact on September 1st, 2018 in Berlin, with 36 performers, as a part of our continuous endeavour of UNTRAINING THE EAR.

Yraola developed a familiarity with the artist’s oeuvre as the Archivist and Collections Manager in charge of the digitisation of the whole Maceda collection from 2007–2015. In her conceptual framework for this exhibition, Yraola notes that “beyond the importance of preservation of indigenous cultures, Maceda’s legacy is strongest in the philosophical grounds – in critically and compassionately, understanding creative processes in production of cultures, traditions, knowledges, whether within the realm of the indigenous or the institutional.”

JOSÉ MACEDA is known for his interdisciplinary works that have been performed throughout the world. He began his musical career as a concert pianist in the 1930s, and completed his PhD in ethnomusicology in 1968 joining the faculty of the University of the Philippines and amassing the largest collection of indigenous filipino music known to date. Maceda also worked with, both personally or cooperatively, traditional musicsfrom other parts of Southeast Asia and has conducted field music research throughout the Philippines, Eastern and Western Africa, Brazil, China, Indonesia, Malaysia, Myanmar, Thailand, and Vietnam.

DAYANG YRAOLA is a curator based in Manila and Hong-Kong. She curated Maceda100 exhibition at the University of Philippines Center for Ethnomusicology in 2017 as well as a series of exhibition, talks and performances in 2018 titled Maceda 101. She received her Bachelor of Arts in Philippine Studies majoring in Literature and Art Studies, and a Masters in Museum Studies from the University of the Philippines. She was a fellow of Thomas Jefferson Foundation in 2001; an arts associate of the National Art Gallery Singapore through Singapore International Foundation in 2010; and a grantee of the Asian Cultural Council in 2012.

Please find more information about UNTRAINING THE EAR at
www.savvy-contemporary.com