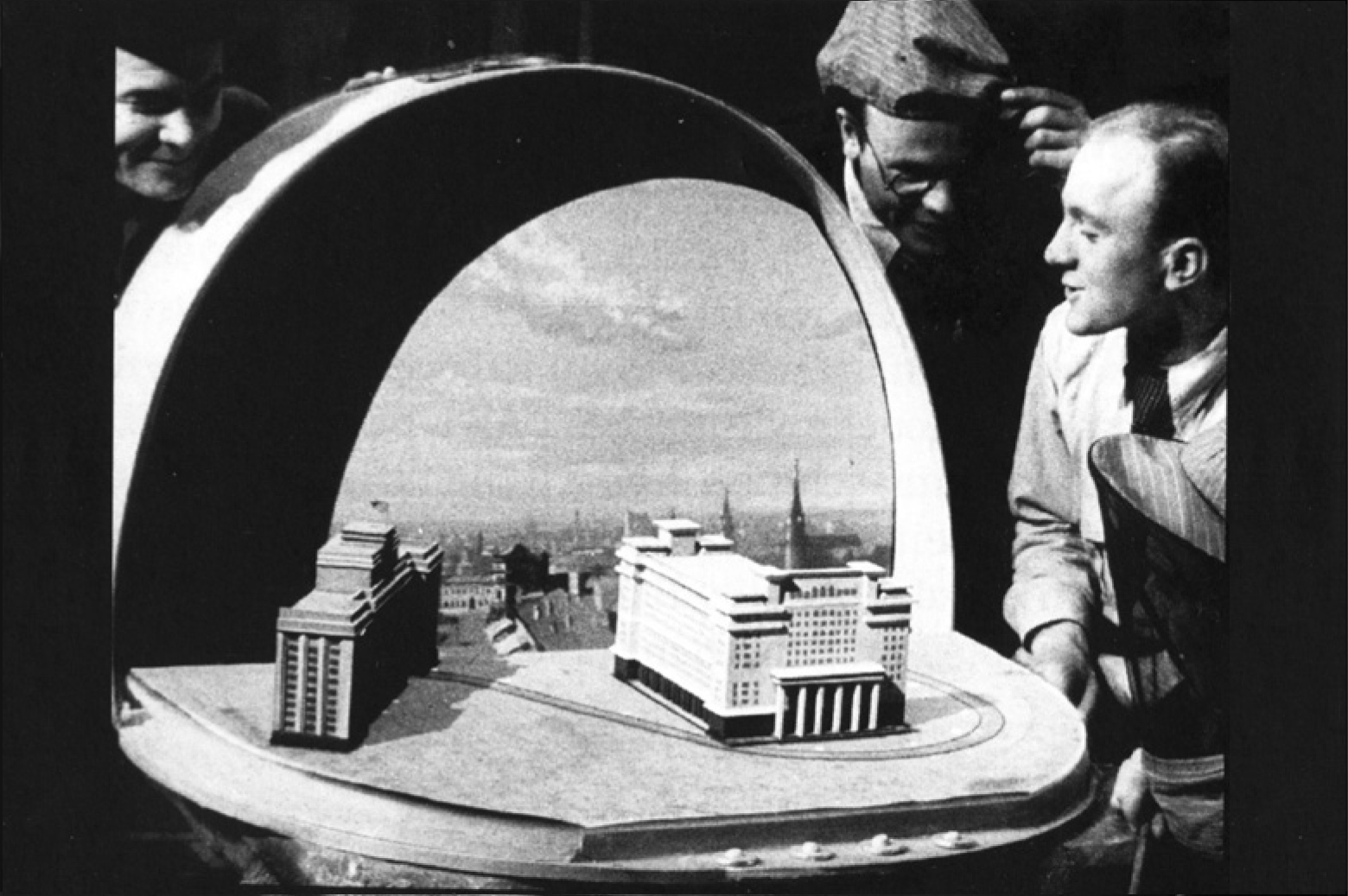 After the presentation
Food and drinks at
Archive Kitchen

A log house in a vast pine tree landscape in Siberia, in the background mountains, a babushka preparing food at a smoking fireplace. There is a strange object on the lawn, a large table model with a semi-circular arch, surrounded by a group of engineers inspecting it. With frantic movements of their hands, they try to shoo away myriads of insects, which make work on the model almost impossible. Beekeeper hats and a beard turned upwards to cover the face serve as protection so that they are able to continue cutting and connecting cables…
In this opening sequence, which lasts only a few minutes, I was especially fascinated by this bizarre film prop, which seems to capture and crystallise the possibilities of the illusion machine cinema, cinematographic questions, the mirroring of time and space, but also cinematographic references to Medvedkin himself as well as his era…
(Extract from the Introduction “Mobile Cinema”, Romana Schmalisch, 2017)

On the occasion of the publication “Mobile Cinema”, published 2017 by Archive Books, the artist Romana Schmalisch will present her apparatus Mobile Cinema which derives its form from Alexander Medvedkin’s film The New Moscow (1938). After several years of travelling, it comes to rest for an open archival exhibition at Archive Kabinett, presenting materials and filmic notes that have been collected or produced during the journeys – ranging from dance and labour, bright futures and socialist realism, vampires and resurrection – materials that went through this apparatus, leaving neither of them unchanged.
Three guests are invited at Archive Kabinett to use the Mobile Cinema for presentations on this evening: Gal Kirn will talk about Medvedkin and the Cine-Train, Elena Vogman on Eisenstein’s unfinished film project Capital, and Robert Schlicht on the invisibility of labour in film.