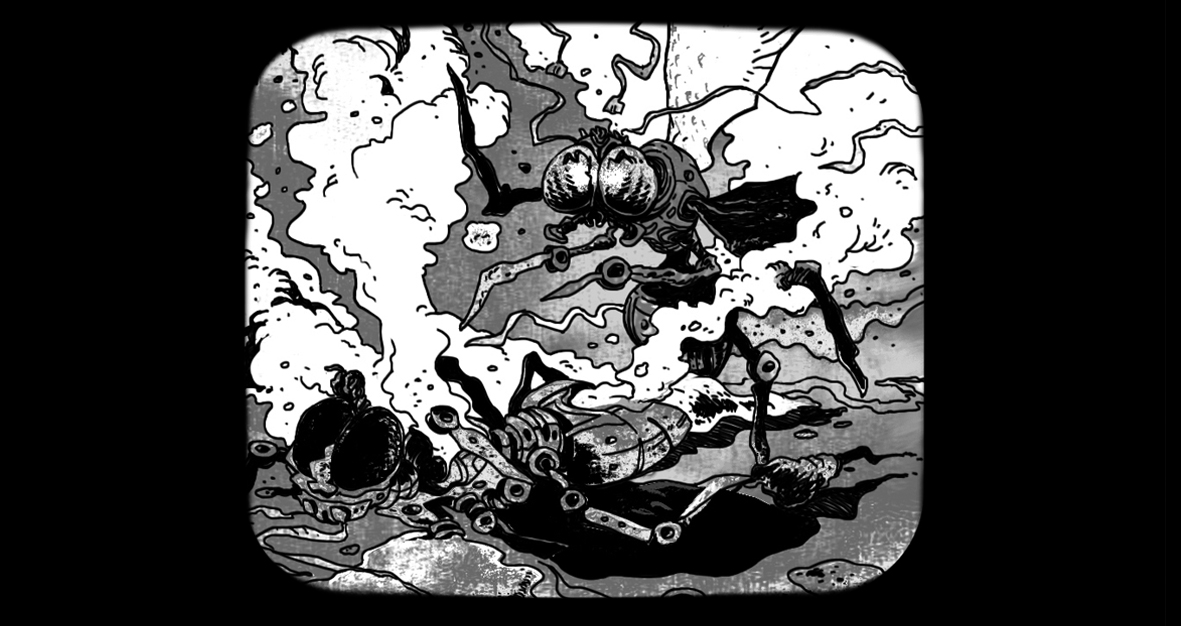 A symposium of the Arab Fund for Arts and Culture (AFAC) in collaboration with Archive Kabinett and the Forum for Transregional Studies programme “Europe in the Middle East – The Middle East in Europe” (EUME).

“Imagining the Future” examines the role of utopias and dystopias in literature, comics, films and other art forms in the aftermath of the Arab Spring. Artists, cultural workers and scholars from the Arab world will present works on the subject and discuss different visions for the future.

Following the uprisings in the Arab world, a wave of counter-revolutions has exacerbated internal repression, intensified by the active intervention of international powers. The material as well as the immaterial damages are immense. The setbacks are not only felt in the short term but fundamentally affect the very notions and representations of a future. Before the Arab revolutions, visions of the future tended to regard dictatorships as ultimately transitory episodes. Even though some of the expectations have been fulfilled, this did not pave the way to new horizons. Rather, the curtain has been brought down on a political era that once promised a bright future.

Since the defeat of the Arab revolutions, dystopian motifs are increasingly present in works of literature and art. While in science fiction, comics and creative forms of writing, for example, some artists still try to develop new languages and open new horizons, others plunged into the depths of despair. Has dystopia become an important source of intellectual and artistic production? Should we forgo the idea of ​​a future that promises improvement and bliss? Or should we stick to utopia as a gateway to a better future? Does the political moment of the Arab uprisings even provide the possibility to formulate utopias? And how do contemporary ideas of the future compare with those of the 1960s or even those of the modernist pioneers at the turn of the last century?

The symposium seeks answers to these questions and will present new literary and artistic approaches in the Arab world that deal with “the future”.

Participants include:
Literary scholars Zeina G. Halabi and Sonja Mejcher-Atassi and filmmaker Orwa Nyrabia will discuss notions of the future in the avant-garde of the 20th century. Writer and translator Haytham Al-Wardany questions whether literature should even look to the future at all. Writer Rasha Abbas discusses Arab science fiction with literary scholar Refqa Abu Remaileh and film director Larissa Sansour.

Filmmaker Mahdi Fleifel, whose feature film “A Drowning Man” was selected for last year’s Cannes Film Festival, will present his latest work “I signed a petition” at the symposium, a film about the panic and self-doubt experienced by a Palestinian after having signed an online petition. Following the screening, Fleifel will discuss the film with Rasha Salti.

Artist Maha Maamoun traced the Arab Spring in Cairo with her camera: her video works have already been exhibited at the MoMA in New York, at the Architecture Biennale in Venice and at the Fridericianum in Kassel. She will partake in a conversation with Wael Abdelfattah, founder of the independent media platform Medina.

2:00 pm | welcome and introduction
Rima Mismar
(Executive Director of the Arab Fund for Arts and Culture)
Khaled Saghieh
(curator of the symposium)

2:15 pm | podium discussion
Our Present, or How Their Future Was Imagined
Zeina G. Halabi
The Nahda Historians of Tomorrow
Sonja Mejcher-Atassi
Imaginary Futures of (Auto)biographical Writing: Telling Life in Jerusalem and Baghdad
Orwa Nyrabia
Amiralay, the Future is in the Detail
Moderator: Georges Khalil

4:00 pm | podium discussion
Our Future. Can Literature Foresee the Future?
Nael El-Toukhy:
The Future Need Not Be Smart, It Too Can Be Foolish
Haytham Al-Wardany:
Notes on the Necessity to Overcome the Future
Mohammad Rabie will read a chapter
from his novel “Minisecures”
Moderator: Elena Chiti

2:00 pm | podium discussion
A Farewell to Utopia?
Leyla Dakhli
Imagined Futures of the Past:
On How Utopias Circulate
Judith Naeff
Beirut’s Suspended Now
Samer Frangie
Revolutions After the Future,
or the Impasse of the Present
Moderator: Jens Hanssen