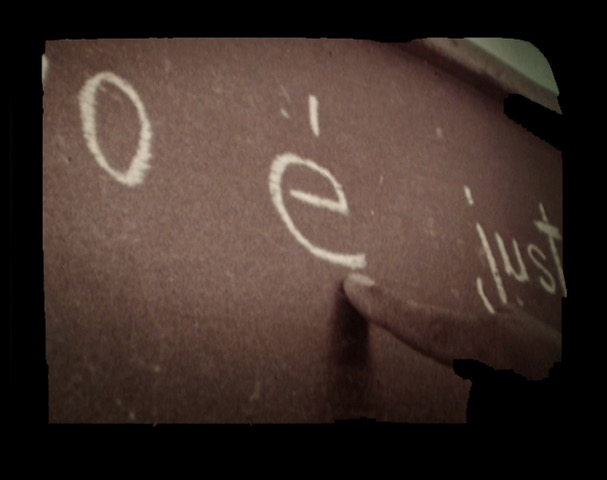 Catarina Simão’s video The Effects of Wording (29′) emerged from her research, The Mozambique Institute Project, dedicated to a pioneering school project funded by the Ford Foundation in Dar es Salaam, Tanzania, in the early 1960’s. The Mozambique Institute became a seedbed for the Liberation Front in neighboring Mozambique (FRELIMO) and accordingly an itching spot for US-Portuguese diplomatic relations in the Cold War era. The video presents the artist’s own footage of documents, photographs, books, text excerpts, and stills of other archival material in a narrative montage that, rather than attempting to reconcile the incongruities and contradictions of the material, ‘demonstrates that there is more than one starting point into a story, different characters with particular political agendas. […] The whole project speaks to us from a position of conscious ambiguity. One of its operative elements is language – in this case wording and translation. Language and its process of learning can work towards the maintenance of a national or cultural identity, the necessity to implement a common ground for communication, in amidst a diverse group of people with a similar goal or interest, or as an unapologetic form of oppression and control.’ (Susana Gaudêncio)

The Effects of Wording was produced in the context of the exhibition Really Useful Knowledge curated by WHW (What, How and for Whom) at Museo Nacional Centro de Arte Reina Sofia (Madrid) in 2014. The event at Archive Kabinett follows the DVD launch Specters of Freedom – Cinema and Decolonization, co-edited by Tobias Hering and Catarina Simão, co-published by Arsenal – Institute for Film and Video Art and filmgalerie 451. The official DVD release will take place the evening before, 2 March 2018, 8pm at Arsenal cinema.

Catarina Simão (b. 1972) is a Portuguese artist living between Lisbon and Maputo. Her practice builds on long-term research projects and entails different forms of presentation, such as essay-like displays, screenings, writing, films and videos related to Mozambique history. In her work, Simão re-appropriates archive footage and photography produced during the war against Portuguese colonial occupation and for independence. Her work has been presented at Serralves Museum, Manifesta 8, Reina Sofia Museum, Ashkal Alwan, New Museum, The Kyiv School, EVA International, Garage Museum, IASPIS, among others. In Mozambique, she works in collaboration with local groups and institutions dealing with archives, history and cinema. She is part of the independent research group Oficina de História (History Workshop) based in Maputo. In 2016, she co-directed the documentary DJAMBO (DOCTV-CPLP) for Mozambican TV.