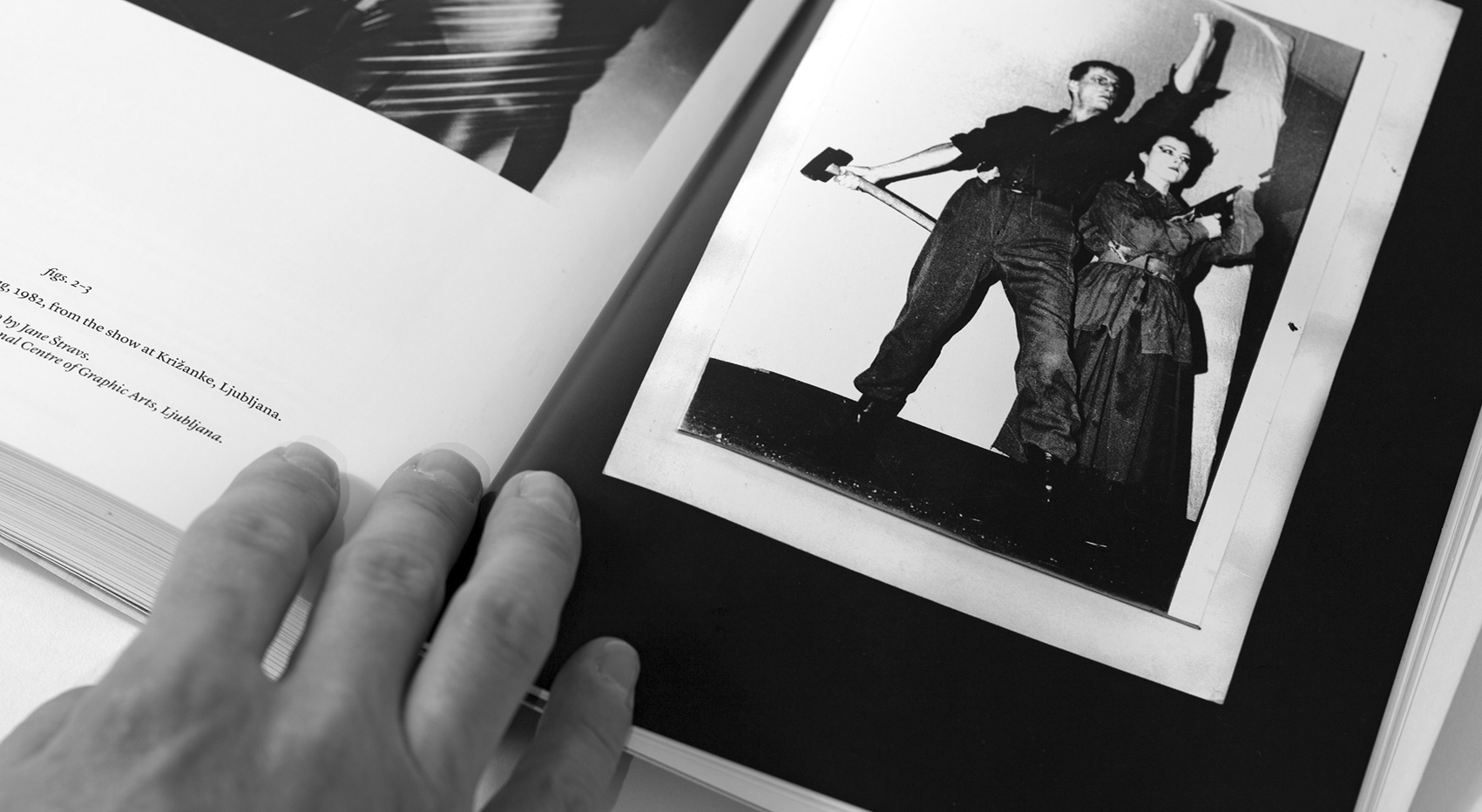 The Igor Zabel Association for Culture and Theory, Archive Books, and the ERSTE Foundation presented the book Extending the Dialogue at Archive Kabinett, with Ekaterina Degot, Antonia Majaća, Urška Jurman, and Christiane Erharter.

The book includes essays by Igor Zabel Award Laureates, Grant Recipients, and Jury Members (2008–2014) and offers a collection of urgencies and agencies in art history, art writing, and art and cultural production in Central, Eastern, and South-Eastern Europe. It will be introduced by the co-editors Christiane Erharter (curator and project manager at the ERSTE Foundation) and Urška Jurman (programme manager of the Igor Zabel Association for Culture and Theory).

Ekaterina Degot will be speaking about perverse decolonization of Eastern Europe – the perverse use of emancipating rhetoric, especially in Russia and Eastern Europe in recent times.

Antonia Majača will – as an ‘outside insider’ – present her comments on the book and address the political and aesthetic implications of the trope of ‘two totalitarianisms’ in the context of (post)cold-war cultural politics and its resonances in what is today referred to as ‘global art’.

Ekaterina Degot is an art historian, curator, and art writer based in Cologne and Moscow. She is the artistic director of the Academy of the Arts of the World, Cologne, and a professor at the Rodchenko Moscow School of Photography and Multimedia. Her work focuses on aesthetics and socio-political issues in Russia, predominantly in the post-Soviet era. From 2008 until 2012 she was the senior editor of www.openspace.ru/art, an independent online magazine of art criticism and cultural analysis. She co-edited Post-Post-Soviet? Art, Politics and Society in Russia at the Turn of the Decade (2013) and Moscow Conceptualism (2005).

Antonia Majača is an art historian, curator and writer based in Berlin and Graz. Currently she is the research leader at the IZK Institute for Contemporary Art at the Graz University of Technology and one of the curators on the long term project ‘Kanon Fragen’ at HKW – Haus der Kulturen der Welt, Berlin. She is the founder, with Ivana Bago, of the Zagreb based Delve Institute for Duration, Location and Variables.

Publications series by the Igor Zabel Association for Culture and Theory (Ljubljana) and Archive Books (Berlin).

The authors whose writings appear in this book come from twelve different countries and represent a range of disciplines and interests: they are art historians, philosophers, cultural theorists and activists, critics, curators, and poets, with most of them falling into at least two or three of these categories. All have made important contributions to contemporary art and cultural production, art history writing, and critical thought within, and sometimes far beyond, the region once known, problematically, as ‘Eastern Europe.’

Given the authors’ diverse backgrounds, their writings express a variety of concerns and approaches. The book is a survey of the pressing issues that stimulate these authors’ scholarly, curatorial, and cultural investments and so provides a referential, if fragmented and incomplete, picture of current conditions of art and culture in the region.

For more information about the book visit our website:
www.archivebooks.org