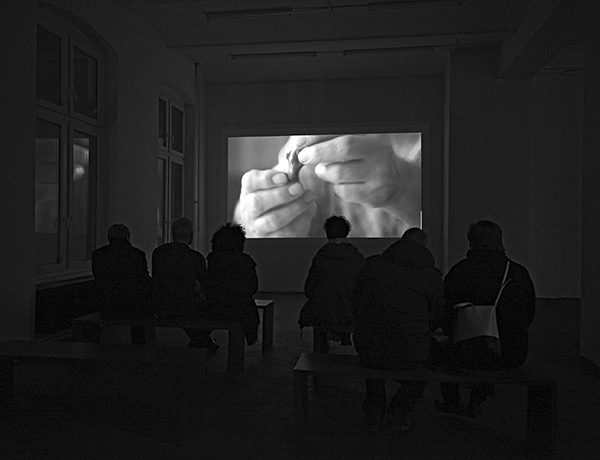 In 1977, Bulgarian archaeologist Vetsislav Gergov discovered a 6500-year-old Early Bronze Age settlement in Telish, district of Pleven. The oldest known European settlement, the Telish archaeological site contained forty-one unique clay figures of aeneolithic deities, hundreds of pieces of glazed pottery, manifold tools made from stone and copper, and a small cylindrical object, whose function is unknown. Gergov told me he believes it represents an alien spaceship; it reminds me of a Brancusi.

Since Paleolithic times, the area corresponding to present-day Bulgaria has been continuously inhabited, and, at times, densely populated. Due to the wealth of archaeological artefacts, “treasure hunting” is a popular activity. The fall of the Soviet Union ushered in an era of deindustrialization and staggering unemployment rates. The coincident availability of affordable metal detectors and easy accesses to the Western auction house market—with its endless appetite for antiques—turned archaeological looting into one of the few available sources of independent income. The resulting blight has remained widely unnoticed in the European Union, of which Bulgaria is a part, though its scope is considered by some to be on par with the much more publicized destruction carried out by the Taliban or the IS.

With its mounds peppered with recently dug holes, amidst the ruins of Soviet-era steel plants, vacant factories, and a deserted military spaceport, twenty-first century Bulgaria inhabits a strange temporality, its history undone. These sites, which once signified progress, feel so alien to the reality of an economy that has devolved into barter and scrapping that one would think they were built by another species—much in the same way that images of Yugoslav World War II memorials called spomeniks, circulate online as purported evidence of alien presence on Earth.

How did utopia become so alien? Why does the future look like the distant past? Why was Primitivism so appealing to Modernism?

In his 1908 Bolshevik sci-fi, Red Star, Alexander Bogdanov fictionalizes the visit of a superior civilization, classless and egalitarian. His Martians are communists, but so are most alien societies depicted in science fiction novels, be it by capitalist or socialist authors. This is the case, I believe, because the future is either communist or it’s no future at all—just a protracted or magnified present, which drags on, plagued by power differentials, exploitation, and militarism. Past artefacts look modern, futuristic, alien even, because our anemic imagination can no longer fathom collective history, nor that the present can be undone.

The Dig is part of the ongoing research project The Art of War, which comprises several chapters, all of which revolve around the illegal trade in stolen antiquities—an epiphenomenon of a new global order, emerging on the margins of the nation state. By tracking stolen artefacts and their journeys from archaeological sites or provincial museums to freeports and renowned auction houses, The Art of War attempts to map the entanglements of underground economies, digital platforms, clandestine insurgency, and transnational finance.

Funded by the Berlin Senat Department for Culture and Europe.