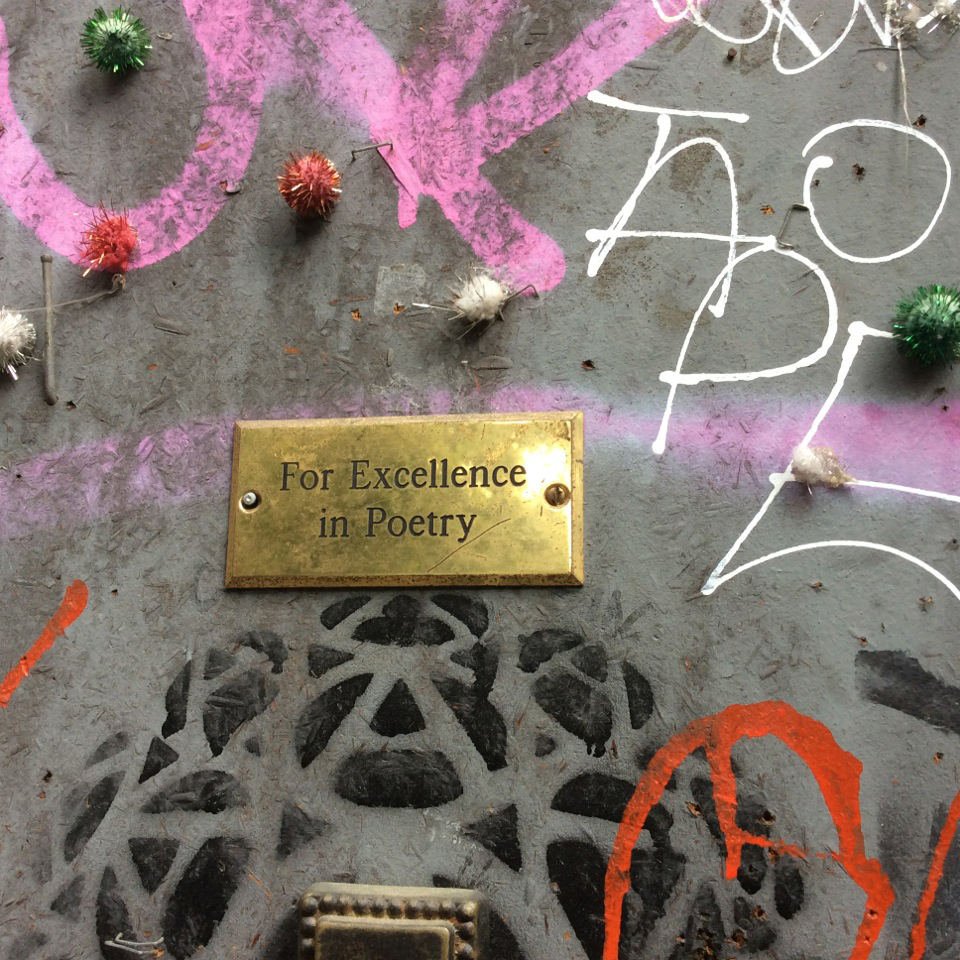 Though Mirene Arsanios, Alex Cuff, and Sam Wilder write about different things—chronic pain and learning English, race in America and armpit hair, Umayyad Poetry and the lyrical—they’re all translators.

Cuff puts American white privilege and its institutions under scrutiny, using appropriated language and poetic forms to probe its ideology. She translates whiteness into visibility.

Wilder translates from Arabic to English, writes poems, and is completing a PhD on Umayyad Poetry and the use of the lyrical.

Shahbazi’s engagement with poetry is a visual one, as she is a really bad writer. For this occasion, she will develop a new work.

Whether with words or images, the work of Arsanios, Cuff, Shahbazi, and Wilder engages translation as a means of introducing foreignness within the self, rather than translating otherness to others.

Alex Cuff lives in Brooklyn where she teaches at a public high school and edits No, Dear magazine.

Mirene Arsanios is a writer based in Beirut. She edits the bi-lingual magazine Makhzin and is the co-founder of 98weeks project space.

Setareh Shahbazi was once the neighbor of Mirene Arsanios and Sam Wilder in Beirut. She is an artist currently based in Berlin.