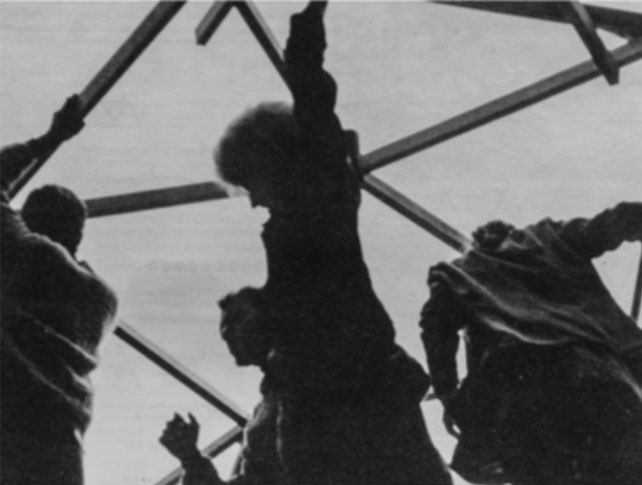 In conjunction with the release of the publication
Martin Beck. Summer Winter East West

Display and its social dimensions are leitmotifs in the multiform art practice of Martin Beck. His exhibition ‘Last Night’ at Kunsthaus Glarus reflected on the relations between exhibiting and community by bringing together two bodies of works: one drawing on modern exhibition history, the other building on the history of countercultural communes in the 1960s and early ’70s United States. Summer Winter East West discusses Beck’s engagament with display not only as a tool of presentation but also as a form of communication – within and beyond the realm of the exhibition. What are the possibilities for imaging community? How can togetherness be presented (or present itself), and to what degree is exhibiting already an aspect of community building?

The same night Spike Art Quarterly
is presenting the second installment
of a series of window display shows.