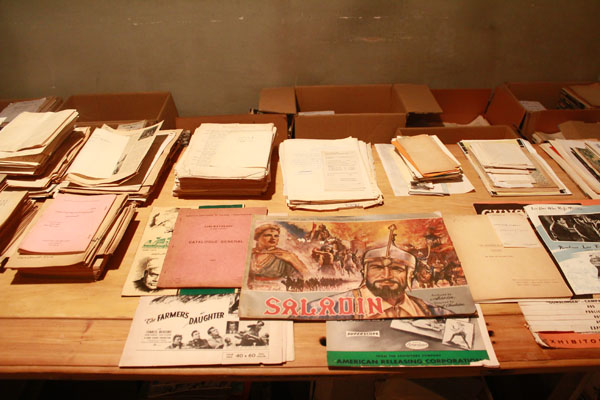 Visionary Archive is a collaborative translocal experiment: Phases and facets of African cinema are being researched in five localities. The relationship between phenomena related to film history in Cairo, Khartoum, Johannesburg, Bissau and Berlin is being formulated and examined. The term “African cinema” is an open bracket in which historical echoes come into their own, as do open questions. Findings and films were regularly discussed with different audiences, and in May 2015 the project culminated in a comprehensive closing program in Berlina comprehensive final presentation that took place at Arsenal cinema, at Scriptings project space, at Archive Kabinett and in public space.

Visionary Archive is divided into five thematic, interconnected projects, all of which investigate what contemporary, transcultural, curatorial and artistic work with archives and archival research could look like. The project Revisiting Memory, coordinated by the Cimatheque in Cairo, reflects on how films and archives can express social upheavals and the most recent changes in society. The project B-Schemes in Johannesburg aims to critically examine and present a subject which has received almost no attention to date, namely “B-Scheme” films in South Africa, a state-funded Apartheid-era programme supporting “black films for black viewers.” Studio Gad is dedicated to the private archive of the filmmaker Gadalla Gubara, one of the pioneers of African film, who died in 2008. Since Gubara’s death, his daughter Sara Gubara, who is also a filmmaker, has taken over responsibility for the archive. The plan is to view and evaluate the archive. The focal point is the film KHARTOUM (1960), which will serve as the basis for a workshop in which Sudanese and German filmmakers will create short “response films”. The cluster From Boé to Berlin – A mobile lab on the film history of Guinea-Bissau is dedicated to the recently re-opened and now partly digitized archival holdings of the national film institute of Guinea-Bissau (INCA). It will serve to make the films visible again, experimenting with various formats: mobile cinema, moderated film program, exhibition, and workshop. Under the banner of “It all depends”, regular events will take place at the Arsenal cinema using different formats. These events are meant to critically supplement the Visionary Archive projects and to engage the public in their translocal work with and on African cinema.

Archive Kabinett was invited by Marie-Hélène Gutberlet and Tobias Hering to host Revisiting Memory and B-Schemes. 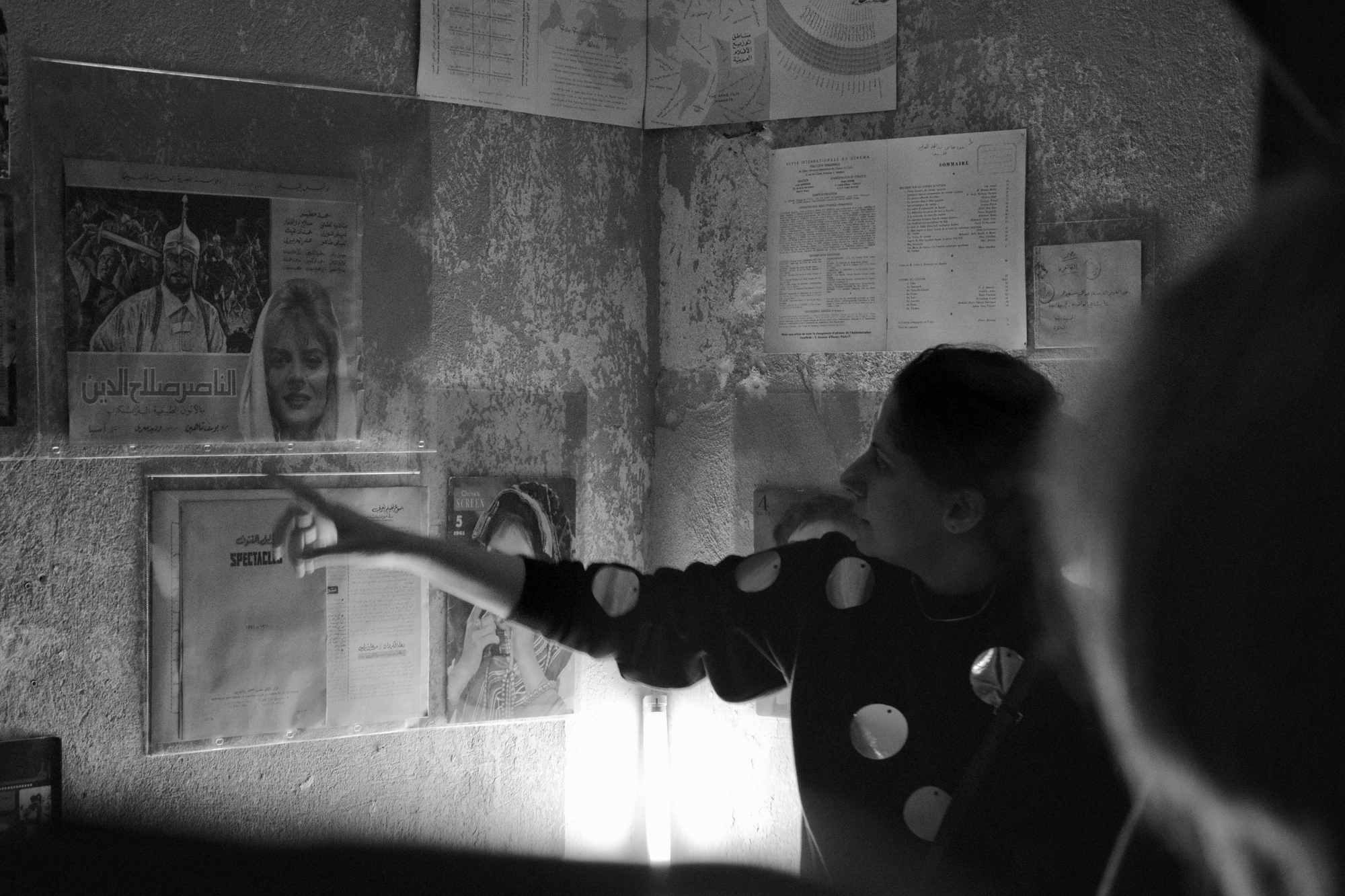 Revisiting Memory is dedicated to building a participatory archive questioning the moving image’s role in capturing moments of social upheaval and periods of transition, in turn influencing the formation of public opinion. Alongside building an archive at Cimatheque’s premises, we will invite our partners in Visionary Archive to curate programmes from their own material revolving around the same line of questioning.

Despite Egypt’s rich cinematic legacy, there is no true centralized film archive, or at least not one that has been adequately developed. The national film archives are in complete disarray, with over a century of work subjected to horrid conditions, some lost entirely.

Revisiting Memory invites professional and nonprofessional curators to help build and present an archive around three major historic phases in Egypt’s recent past. The aim is to provide the foundation whereby questions regarding the ownership of history and the veracity of contentious narratives are triggered:
• The 1952 military coup – or revolution – led by Gamal Abdel Nasser, Muhammed Naguib, and the Free Officers
• The 1967 Seven Day War
• The Camp David Accords and assassination of Anwar Sadat (1978– 1981).

These dates are envisioned as a loose timeline meant to prompt the recollection of other pivotal events in the social and cultural spheres, and explore Egyptians’ relationship to them on a personal level. Thus, the project not only deals with the archives and history, but with the idea of activating memory through the image and propagating haunting representations of the past.

The archival and research process will be informed partly by mainstream, commercial Egyptian cinema and the ways in which nationalization of the industry in the 1960s affected production. In addition, the heralding of television into the homes of Egyptians, along with the introduction of advertisements will be studied as important visual documents. However, special attention will be paid to collecting material created on the margins of society: amateur footage and home videos, independent films made beyond the influence of the state, and unedited newsreels, amongst other film-related ephemera. The inclusion of different cinematic languages and aesthetics in the project will help create an alternative visual history and unconventional reading of the past. 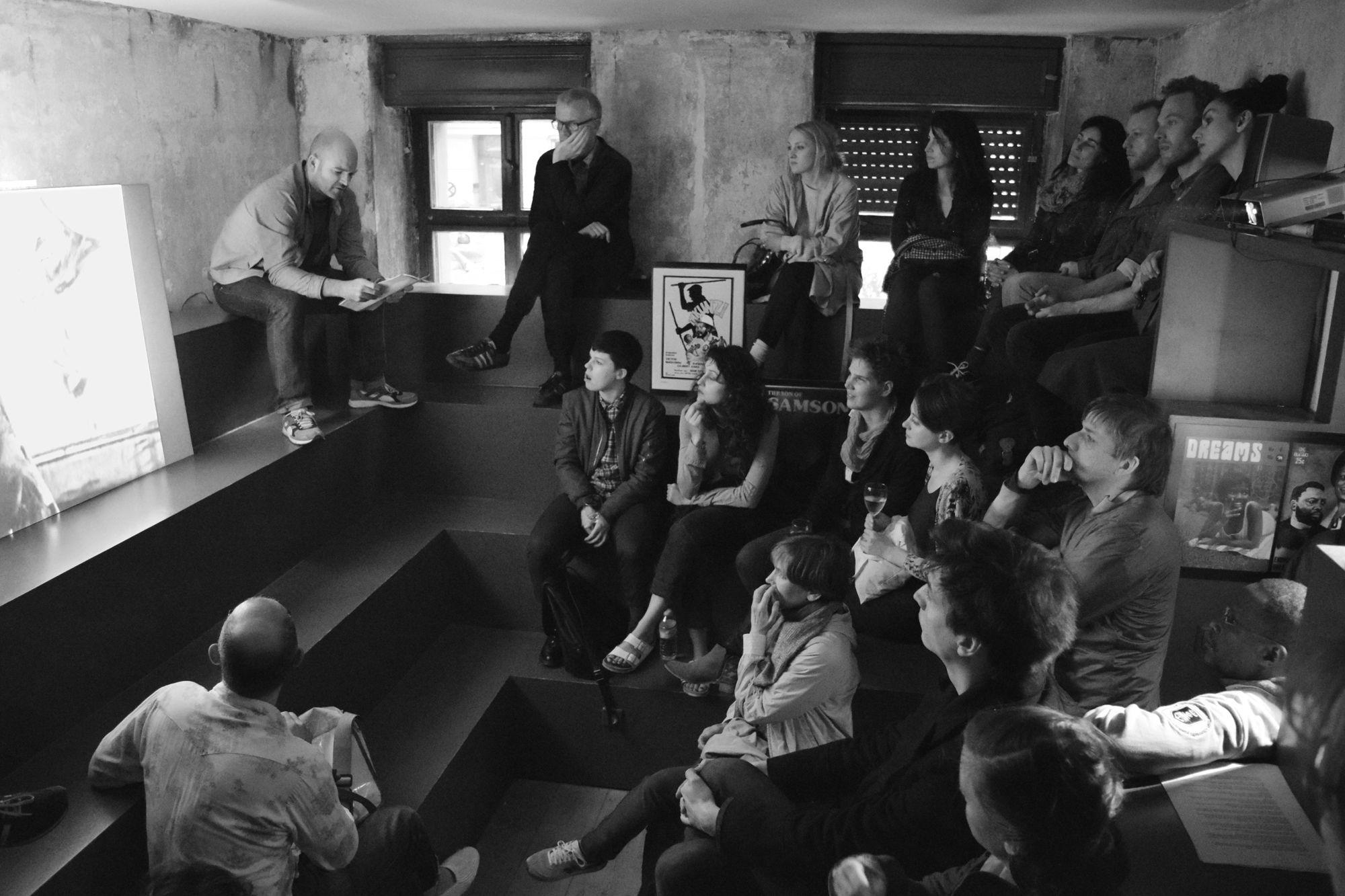 B-Schemes. An Archive Project and Film Program on Film Productions for Black Viewers in 1970s and 1980s South Africa

B-Schemes is dedicated to carrying out detailed archive research on a corpus of South African films that has still not received significant research attention to date, with the goal of carrying out a critical reappraisal of these films and giving them new visibility. The films in question are those made under “B-Schemes”, a state program to promote “black films for black viewers” which coincided with the most repressive period of the Apartheid regime.

The history of South African cinema begins with the birth of cinema itself in 1895, as the period of colonially motivated industrialization brought film with it almost straight away. Yet cinema has always played a critical role in the imagination of the South African public, regardless of whether being grasped as an agent of state ideology or functioning as a subversive counterpart to this ideology. The different political phases in the history of South Africa are indeed reflected in its cinema, not least due to the state’s active interest in the medium with regards to monitoring its effects and thus also its viewers. It is thus no surprise that since the end of Apartheid, past films and film genres in particular have been treated with skepticism by South African academics with regard to their relevance and alignment, even while avoiding outright rejection.

This is also the case for a corpus of South African films produced between 1972 and the end of the 1980s, the so-called “B- Schemes” films. During the Apartheid regime’s most repressive phase, the state initiated a subsidy program whose goal was to produce “black films for black viewers”. The program was called “Bantu Cinema” and soon became known as “B-Schemes”. It involved the production of hundreds of films being set in motion and funding being allocated accordingly.

Comparisons as those with the Blaxploitation films in the USA of the same period or the film movements that formed part of the processes of decolonization (such as in Algeria, Senegal or Mozambique) only serve to reflect the unique nature of the B-Schemes films and South Africa’s increasing isolation under Apartheid.

This phase in South African film history still remains largely unknown to this day. The research and curatorial work being carried out with this material does not only seek to make an important contribution to film history but also forms part of more general critical reappraisal of the past by opening up the films to today’s public and thus also to new forms of perception.

The research process begins in the National Film, Video and Sound Archive (NFVSA) in Pretoria, which is dedicated to carrying out comprehensive archival work and represents the most abundant source of South African films. Most of the archival data stems from the initial research carried out at the NFVSA. As the project progresses, the search will possibly extend to include other archives and institutions, particularly while the right holders of and print situation for the individual films are being ascertained. As in many postcolonial societies, South Africa’s archives are also defined by a oft-strained relationship between the visible and the invisible as well as material both lost and found, with here too the focus being on grappling with this historic material in a critical manner that brings it up to date.

B-Schemes has set itself the goal of carrying out a reappraisal of the film material found in terms of content and ensuring that it is viewed from a contemporary point of view. Several of the films from the B-Schemes pool will gain new visibility in screenings at the Arsenal cinema and the Bioscope Independent Cinema (Johannesburg) as part of the project. The films will be re- contextualized on the one hand based on research carried out at the places they were formerly screened (interviews, research on cinema locations, such as those in Soweto) and by incorporating research and findings from the other subprojects of the Visionary Archive project on the other. This enables both context-specific information as well as parallels, asynchronies, new material and new questions to be developed.

Visionary Archive is funded by the TURN fund of the German Federal Cultural Foundation.