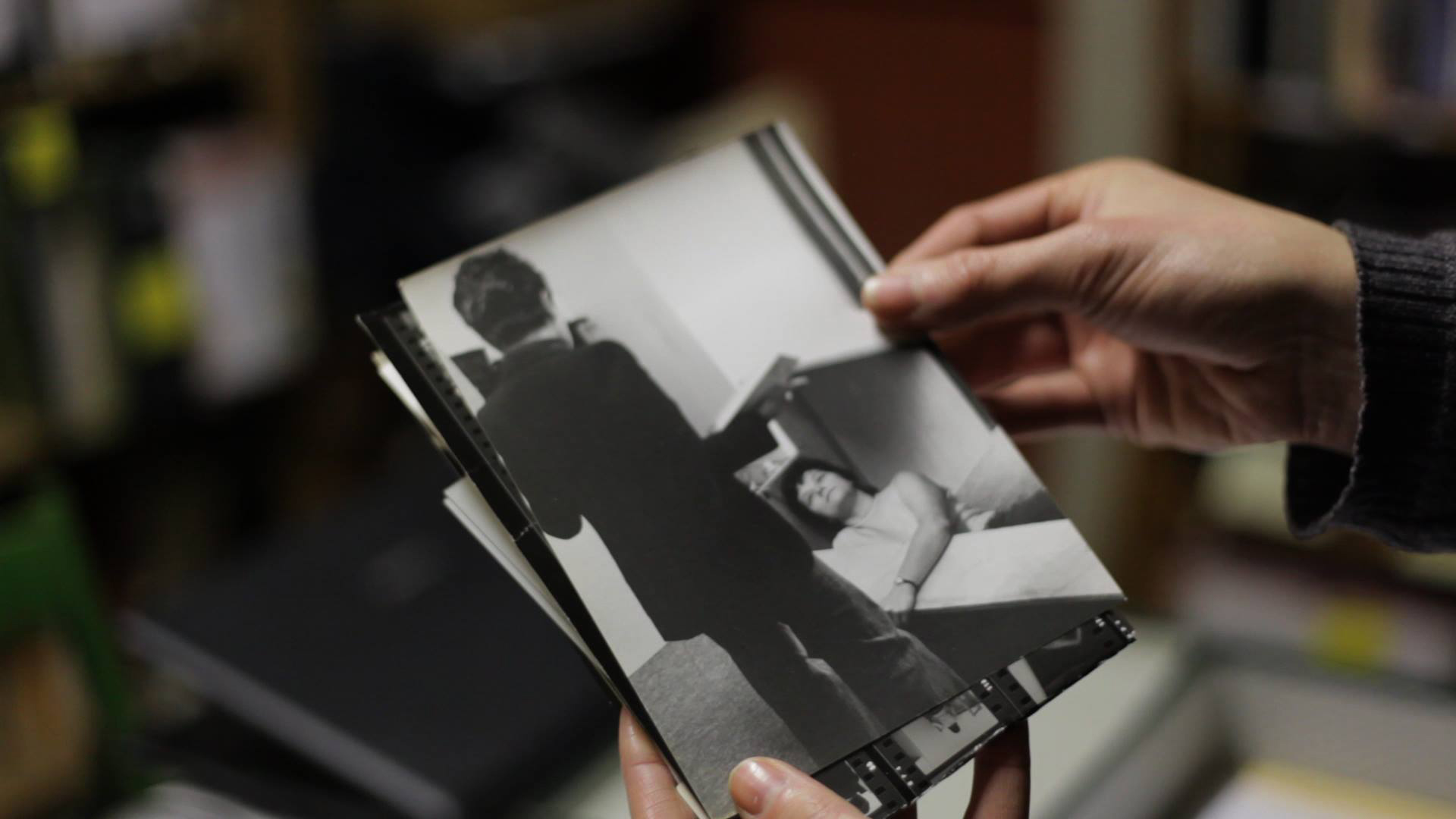 In this exhibition the Berlin-based Australian artist Alex Martinis Roe introduced her new film A story from circolo della rosa, in which she continues her work on feminist genealogies. The film is narrated by the artist’s voice and is addressed to a close colleague in the form of a letter, telling a story about two women. The film weaves together fragments from her recent oral history research with members of the Milan Women’s Bookstore Collective (www.libreriadelledonne.it) and her experiences of their collective activities, as well as her exploration of related spaces, archives and texts.

The film traces the story of two experimental historians who began working together on feminist pedagogical experiments in the late 1980s and explores the nature of their relationship, which can be described as one of affidamento (entrustment). Affidamento is a social-symbolic practice exercised and theorized by the Milan Women’s Bookstore Collective and is a reciprocal relationship of entrustment between two adult women. By referring to one another, each gives the other authority in her spheres of political practice by acknowledging her desires, competences and differences. This practice of acknowledgement involves a commitment to one another, a commitment to each other’s sexual difference, and is the fabric with which the collective is formed. Martinis Roe explores the lived history of this practice as a way to narrate her own political relationships, and as a way to imagine feminist futures located in networks and affiliations across different times and places.

On the occasion of A Story of Circolo della rosa, Alex Martinis Roe selected a series of books from both her personal library and The Milan Women’s Bookstore Collective. The collection takes the form of an open access reference library at Archive Kabinett inviting users for individual or collective reading, serving as site for sharing resources and ways of thinking.

Excerpts from this collection will also be made available online.

This exhibition is organized by Fiona Geuß in collaboration with Archive Kabinett.