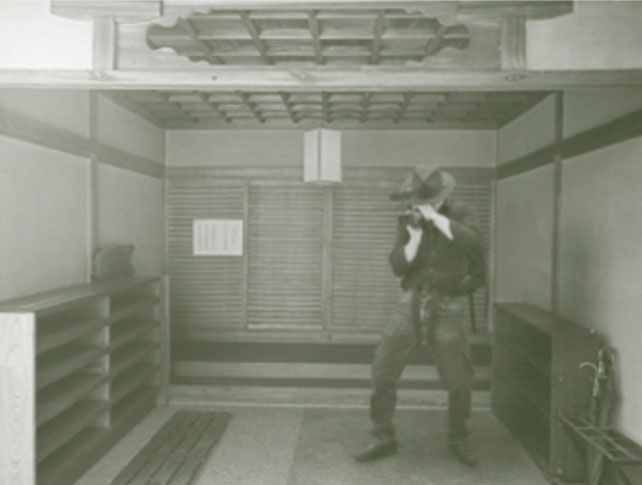 Reisestipendiumsvideo/Travel Stipend Video Artistic Supplement by Peter Müller and Others.

Reisestipendiumsvideo/Travel Stipend Video is an artistic supplement that has been published and re-issued on the occasion of the video installation, which bears the same title. The video Reisestipendiumsvideo/Travel Stipend Video by Peter Müller is a venture into videographic modes of representation, documentation, narration and the question of a monadic structure. In addition, the supplement, which has been designed by typographer David Bennewith, contains – among others – a text by filmmaker Jacques Rivette and a conversation between the writer Marina Vishmidt and the video maker. Its goal is to dwell on topics that are brought up in and by the video and its realisation. The supplement aims not to explain what the video means, but to shed light on conceptual principals – in the most sparse way possible.

On the December 14th 2012 at 7 p.m., parts of the supplement will be presented and discussed further by Peter Müller and Marina Vishmidt, with a comment by David Bennewith.

The video will be on display till December 21st.